Come by this evening, Monday, June 13th, for a screening of Hitchcock’s classic film Rebecca, based on Daphne du Maurier’s novel of the same name, followed by a discussion of the film and book. The screening is the first of our Noir Double Feature Film Series, where we screen film adaptations of the crime fiction we love all summer long.

To prep for the screening and discussion, I picked up du Maurier’s novel a few days ago, expecting to read just enough before the screening to stumble through discussion afterwards. Instead, I finished the novel in two sittings, staying up late on my night off from work and unabashedly involving myself in one of the greatest romantic suspense stories of all time. Hitchcock’s film is fairly faithful to the original novel, and that’s a good thing – the novel is as gripping and surprising as the film, and the two compliment each other; the film merely manifests in image what du Maurier described in the novel so well, including the lush, forbidden landscapes of Manderley, subject of the novel’s famous first line, “Last night I dreamed I went to Manderley again.” Also, Daphne du Maurier passes the Bechdel test throughout the novel, including every conversation between Mrs. Danvers and the second Mrs. de Winter.

Rebecca takes place in the  late 1930s, and describes the romance between a young and naive hired companion, unnamed in the novel, and Maxim de Winter, the sad, wealthy British aristocrat she befriends in Monte Carlo. She is drawn in by his sad eyes, and he by her pet-like worship of him. After a brief acquaintance, the two marry, and the de Winters head to Manderley, the family estate. Upon their arrival, the young bride begins to compete with the lingering, outsized presence of Rebecca, Maxim’s first wife, drowned at sea the year before. Mrs. Danvers, the head housekeeper, had served Rebecca before her marriage, and tries to sabotage the new bride in memory of her departed mistress.

Rebecca joins Vertigo and Vera Caspary’s Laura in the pantheon of classic crime fiction’s exploration of phantom women and their hold over this world, interpret-able in many ways. Maggie Nelson, in her new memoir, The Red Parts, explores the phantom woman as male sexual object, forever preserved by beauty in life and a gruesome death. Terry Castle’s 1993 work of feminist theory, The Apparitional Lesbian, explores the “ghost” of lesbianism in works that slyly evaded censorship by showing women drawn together by obsession and mimicry, yet unable to be united, the death of one used as stand-in for society’s denial of a lesbian relationship.

Rebecca, as a character, lends herself to many interpretations – for the 1940s audience of the novel and film, Rebecca probably appeared as the villainess (in addition to the ever-creepy Mrs. Danvers) for her treatment of her husband and violation of the sanctity of their marriage. To me, as a modern-day feminist, she seems like the hero – sexually empowered, willing to use her husband’s unfortunate attachment to reputation as a way of securing her freedom, an inspiration and possible lover to her housemaid, and (not to reveal too much) in charge of her own fate.

The new Mrs. de Winter, as she narrates the novel, seems to mainly support her husband and his fading aristocratic life, yet she, too, bucks at a traditional idea of marriage, refusing to let her husband view her as a pet, and only truly beginning to love him (beyond a schoolgirl obsession) when he demonstrates vulnerability, confides in her, and requests her assistance.

Mrs. Danvers must have been viewed as the embodiment of a bad servant when the novel first came out; she refuses to serve her new mistress as well as her previous one, constantly reminds the second Mrs. de Winter of the first Mrs. de Winter, and generally sabotages her employers as much as possible. Reading Rebecca now, I felt sympathy for her devotion to her former employer, and possibly former lover, and distress at Mr. de Winter’s lack of care towards the suffering of a mere servant. The two times Mrs. Danvers sobs in the novel, aristocrats look on, rather than offering her assistance, as opposed to the melt-downs of the narrator, which garner extensive sympathy from any man around.

This is the mark of a great novel, the ability to weather society’s changing notions – the hero becomes the villain, and the villainess the heroine, and we can all continue reading and watching Rebecca and analyzing its hidden themes for a hundred years or more.

Adherence to Quality Of Book:

Laura by Vera Caspary, Vertigo by Pierre Boileau, The Apparitional Lesbian by Terry Castle and Jane Eyre by Charlotte Brontë

Come by BookPeople tonight, June 13th, for a screening of Hitchcock’s adaptation of Daphne du Maurier’s novel Rebecca, followed by a discussion of the book and film. The screening kicks off our Noir Double Feature Film Series, happening all summer long! Click here for the full schedule. You can find copies of Rebecca on our shelves and via bookpeople.com. 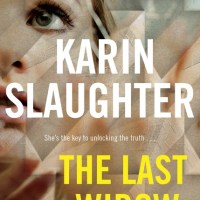