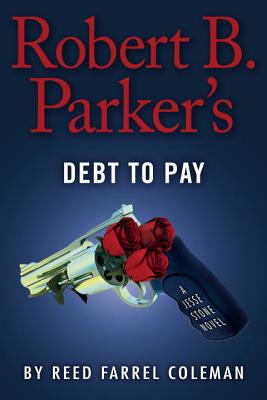 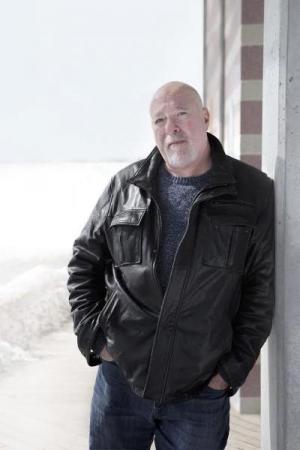 Debt To Pay is Reed Farrel Coleman’s latest novel to feature Paradise Police Chief Jesse Stone, created by Robert B. Parker. It’s a great example of a simple plot that allows for complex characters and emotions, wherein Jesse has to go to Dallas to protect his ex-wife during her wedding when a psychotic hit man returns from Jesse’s past for revenge. We caught up with Reed to talk about the book and continuing Parker’s legacy.

“I think Jesse is no longer drawn to the bright lights and big city. He’s come to understand the charms of small town New England. In Paradise he’s much more than just another cog in the wheel. The department is his department and he takes pride in that.”

MysteryPeople Scott: Debt To Pay is a series-changing book in many ways and you put Jesse in an interesting situation in having to protect his ex-wife at her wedding. What did you want to do with Jesse in it?

Reed Farrel Coleman: When I first took over the series, I was taken aback at readers’ antipathy for Jesse’s ex, Jenn. Fans actually begged me to kill her off. I think part of that was plot fatigue. They were tired of Jesse and Jenn continually playing out their dysfunction. So I had the notion that Jenn and Jesse finally had to come to some parting of the ways that made sense and rehabilitated Jenn. Also, without giving too much away, I needed Jesse to start on the road to making some changes that will serve the series in the future. This book is kind of the beginning of those changes.

MPS: You brought back your hit man Mr. Peepers. How do you approach a character that evil?

RFC: What’s the old saying, even the bad guy is the hero of his own story? I take that approach. Mr. Peepers, though he despises that name, doesn’t see himself as evil. As I hinted at in my first Jesse Stone book, Blind Spot, Peepers’ view of himself is that of a predatory animal. Killing is simply in his nature and he’s good at it. When, in Blind Spot, Peepers says to Jesse that you don’t ask a praying mantis why, it’s very revealing. So though we may see Peepers as almost pure evil, he would argue that he is only following his nature.

“I’m a New Yorker who has a deep appreciation of Texas. And every Texas city I’ve been to–Austin, Dallas, San Antonio, Houston, El Paso–has a very unique and distinct vibe.”

MPS: The book has Jesse out of Paradise and in Dallas for a good portion. You even name Jenn’s fiance Hale Hunsicker (as a tip of the hat to Dallas authors Daniel J Hale and Harry Hunsicker). What made it a fun city to use?

RFC: I’m a New Yorker who has a deep appreciation of Texas. And every Texas city I’ve been to–Austin, Dallas, San Antonio, Houston, El Paso–has a very unique and distinct vibe. Dallas’s vibe worked perfectly with the characters, especially Jenn and Hale Hunsicker. Hale seems an apt character for a city of wealth and big real estate deals. A city of big glass buildings, barbeque, and billions. And he’s just the type of larger than life character Jenn would fall for. My agent’s also from Dallas. I don’t know … just seemed like a natural fit.

MPS: At one point, Jesse says he will not leave Paradise. What do you think has made him stay in the town?

RFC: That’s a good question. I think Jesse is no longer drawn to the bright lights and big city. He’s come to understand the charms of small town New England. In Paradise he’s much more than just another cog in the wheel. The department is his department and he takes pride in that. He’s also formed intense bonds with Molly and Suit. Jesse, for all of his good looks, charm, and athleticism, doesn’t really have many friends. He doesn’t connect easily connect with people and he’s found a connection in Paradise he never found anywhere else.

“What’s the old saying, even the bad guy is the hero of his own story? I take that approach.”

MPS: You’ve adopted Parker’s use of short chapters for the Jesse books. Does that effect the writing in any way?

RFC: Indeed it does. I resisted it a little in Blind Spot because I wasn’t yet as comfortable with it. It takes a different kind of discipline to write short chapters than I was used to. But each chapter in a Jesse book is like its own bit of flash fiction. None of the chapters is more than 1000 words. Most are about 750 words and they are like self-contained stories that when added up equal a novel.

MPS: In the opening chapter, a big change comes for a character both Jesse and Spenser, who Ace Atkins now writes about. What is it like sharing a world with another author?

RFC: Ace and I discussed that chapter because Jesse and Spenser share, if not exactly the same world, an overlapping one. We always discuss any future changes because anything I do or he does can affect future our books. So once Robert B. Parker’s Debt to Pay comes out in September, Ace can now operate based on the occurrences in it.

Robert B. Parker’s Debt to Pay comes out today! You can find copies on our shelves and via bookpeople.com.

One thought on “You Don’t Ask a Praying Mantis Why: MysteryPeople Q&A with Reed Farrel Coleman”