The first two books by Bruce DeSilva‘s, Rogue Island and Cliff Walk, have a certain amount of dark brutality to them. This feeling punches through the books along with a disarming fun spirit, thanks to the humor of the affable hero of Providence, Rhode Island, Reporter Liam Mulligan. With Providence Rag, DeSilva gives us a change in tone as well as in structure and approach. This time he goes for the gut right at the beginning.

Instead of following Mulligan in first-person perspective, as we have before, DeSilva gives us the point-of-view of another reporter, Edward Anthony Mason III, to tell the story.

We start with Mulligan in the ’90s, working as a sports reporter when a serial killer is on the loose. Because the lead investigator is a basketball fan, Mulligan ends up working the story. Mulligan discovers the identity of the killer, a young kid named Kwame Diggs.

When we jump to 2013, that is when we enter Mason’s perspective. Readers of the previous books may know him better as “Thanks Dad,” the moniker Mulligan has given him because he is the son of their paper’s (The Dispatch) owner.

In Providence Rag, Mason breaks from being Mulligan’s annoying tag-along to reporting on his own story of Rhode Island corruption. Due to an odd state loophole, a juvenile prisoner must be set free by his twenty-first birthday, no matter what he did. However, the Providence prison authorities have been keeping Kwame Diggs fifteens years past his 21st birthday on false infractions. Mason’s investigation into this power play by the prison guards creates a serious deadline for Mulligan. He wants to connect Diggs with another murder before he can be put on to the street to potentially kill again.

DeSilva’s novel is full of his trademark level of suspense, but more than that, it engages the reader in an ethics debate. Both Mason and Mulligan are equally right and misguided. The fact that neither is blind to his situation nor to the  consequences of his actions make them both smart and sympathetic to one another.

Then, there’s the world of the reporter that DeSilva enlightens us to. We see some of the tactis reporters can use with witnesses as well as the process between reporters, editors and owners on the legal and ethical ramifications of running a story versus killing it. These scenes are reminiscent of Dennis Lehane’s Gone Baby Gone.

Providence Rag is a unique newspaper thriller. It ties emotion to debate, having you think as much as feel.

Providence Rag is available on our shelves and via bookpeople.com. Bruce DeSilva will be at BookPeople on Friday, Mar 28 at 7PM, in conversation with Tom Abrahams. Click here for more information & to order signed copies of Providence Rag. 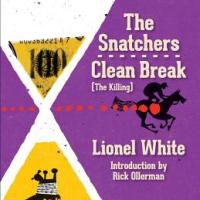 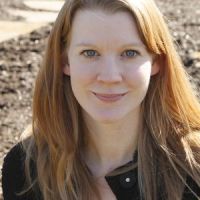