Wallace Stroby’s The Devil’s Share is one of my favorite books of 2015, with a reappearance of one of my favorite characters, heistwoman Crissa Stone. In this book, Crissa is hired for an inside job to steal Iraqi art meant for repatriation. Stone is hired by the art’s new, illicit owner, who does not wish to part ways with the artifacts. Hicks, the art collector’s security man, works with Crissa as both ally and spy, creating a new relationship that could be fruitful or deadly. We got in touch with Wallace to talk about the book and his heroine.

MysteryPeople Scott: What drew you to Iraqi art as the MacGuffin?

Wallace Stroby: I liked the idea of a big cultural crime – stealing ancient artifacts from their place of origin – being facilitated by a smaller, intimate crime, like hijacking a truck on a desert highway. And certainly there was theft on an enormous scale of priceless artifacts immediately following the invasion of Iraq. In the novel, a corrupt art dealer argues that the stolen artifacts are better off with him in the U.S., then at the mercy of whatever regime is in power in their homeland. And oddly, ISIS has since proved him right, by aggressively destroying artifacts and bulldozing archaeological sites in Iraq and Syria, because it considers them anti-Muslim idolatry. A lot of these items go back to the beginnings of civilization, around 3,000 B.C., and ISIS has released videos of their soldiers cheerfully destroying them with sledgehammers and power tools. All this happened long after the book was written though.

MPS: This was the novel where it appeared Crissa had changed a bit without completely putting my finger on it. At what place do you see Crissa in her life?

END_OF_DOCUMENT_TOKEN_TO_BE_REPLACED

The Hard Word Book Club meets Wednesday, July 29, at 7 pm, on BookPeople’s third floor, to discuss Kings of Midnight, by Wallace Stroby. Stroby calls in to make this a special Hard Word occasion. All book club books are 10% off in the month of their selection.

July’s Hard Word Book Club looks at one of the best crooks since Parker. Wallace Stroby’s Crissa Stone is a heist-woman doing scores to get her mentor and lover out of prison. Crissa Stone, as a professional thief with a sensitive side, brings a fresh take and and stronger emotional core to the heist novel while still being very hard-boiled. One of the best examples of Stroby’s Stone novels is Kings Of Midnight.

In Kings Of Midnight, Stroby uses true crime as a part of his crime fiction, using the 1978 Lufthansa Robbery made famous by the film Goodfellas. After the robbery it was believed most of the robbers were murdered by their ringleader or the mafia. While some money was found, over five million was never recovered. Kings Of Midnight uses the premise that the remaining loot could or could not be in the home of a mob boss. At least that is what Crissa is told by Benny, a former mobster loosely based on informant Henry Hill. if she can trust a former snitch, it’ll be a big pay off. Either way, the troubles she already has with the mob will expand.

There is a lot to discuss about Kings Of Midnight: the anti-heroine, using real crime in crime fiction, honor among thieves. Luckily, Wallace Stroby joins the Hard Word Book Club in a conference call the day of discussion to help us out. Join us on BookPeople’s 3rd Floor at 7PM, Wednesday, July 29th. The book is 10% off at the register to those who attend.

You can find copies of Kings of Midnight on our shelves and via bookpeople.com.

Wallace Stroby’s Cold Shot To The Heart was on my top ten list last year. His follow up with heist woman Crissa Stone, Kings of Midnight, involves money from the infamous Lufthansa robbery, the mob, and a questionable partner in crime in a book that is getting as much acclaim as Cold Shot. Wallace recently answered a few questions about his latest for MysteryPeople.

MYSTERYPEOPLE: What made you return to Crissa again?

WALLACE STROBY: Oddly, once I started writing about her – I say oddly, as she’s a professional criminal and a woman, and I’m neither – I had her voice pretty clear in my head almost immediately, and that almost never happens. By the time I got to the end of COLD SHOT, I had all kinds of ideas about things she could do going forward, and that was exciting.

MP: What drew you to using the historical Lufthansa Heist as a major part of the story?

WS: If you’re writing about high-level armed robbery in the U.S., Lufthansa is certainly the high-water mark. Six guys walked into the Lufthansa cargo terminal at JFK and – without firing a shot – walked out with between $5-$10 million in untraceable cash (no one ever knew for sure how much). At the time, it was the largest cash robbery ever on American soil, and very little of the money – only about $30,000 – was ever recovered. However, within a few months afterward, almost all the principals had been murdered, because the bosses found it was cheaper and easier to kill them than pay them their share.

MP: This is your second heist novel, what do you enjoy about writing in the genre?

WS: It’s less the heists themselves, which – as you pointed out in your review of KINGS – tend to be low-tech and messy, as it is the pressures they put on the disparate participants, and the sometimes brutal fallout that follows (see above). Also, with Crissa, she’s a woman in a man’s world, and has to deal with that as well, by being twice as tough, twice as smart and twice as resourceful as the men around her, just to get by.

MP: Your wiseguy characters and their dialogue have that working-class authenticity that reminds me of George V. Higgins. What do you want to get across about these guys?

WS: I grew up in a working-class Italian neighborhood in New Jersey, in a town which was sort of a vacation spot for New York mobsters, so I was familiar with that world early on, in an oblique way. Years later, I met some of those people – though not on any extended basis – and it always occurred to me they were basically the same as the working-class Italians I’d known growing up, except they’d never actually worked a day in their lives.

I also wanted to get away from the idea of high-tech heists executed by brilliant thieves, the kind you often see depicted in movies and books. Let’s face it, if someone was *that* brilliant, they’d be doing something else with their lives.

In one of the supplementary features on the DVD of Michael Mann’s HEAT, Eddie Bunker – himself a career armed robber, as well as a novelist – points out that the kind of crew depicted in that film is rare, if not totally fanciful. Because, he says, if you had $30,000-$60,000 to spend prepping a job in the first place, why would you need to steal?

MP: All of your characters have a lived-in feel about them. How do you approach writing them without just giving them quirks?

WS: Years ago, I interviewed Stephen King about his writing process and asked him basically the same question (the interview is up on my site at http://www.wallacestroby.com/writersonwriting_king.html). I’ll always remember his answer, which was deepen what you know about the characters – even if you don’t use it all in the book – and see through their eyes more. What do they want? What do they need? What are they scared of?

WS: I’ve often toyed with the idea of writing a WWII novel, and did a little research in that area, but it’s always felt like there was just too much immersion required, and too many opportunities to get things wrong.  I would like to get back at some point to a novel with a strong moral center, and at least one clear-cut good guy (or girl). Writing about Crissa’s world can take you to some pretty dark places.

If you have your own questions for Wallace, he’ll be calling into our History Of Mystery Class’s discussion of Richard Stark and his book The Outfit at 6PM, as he talks about Stark’s influence on his work. Also join us at 4PM for a viewing of the film version starring Robert Duvall.

Wallace Stroby introduced us to heist woman Crissa Stone last year in Cold Shot To The Heart. The book earned Stroby some of his best reviews. Now he brings Crissa back in Kings Of Midnight, a more than worthy successor to the first book.

Crissa is still trying to steal enough money to grease the political wheels necessary to spring her lover and mentor from prison. The book opens with a slam-bang ATM robbery. When her cohorts argue after the job, guns are drawn and it goes bad and bloody, putting Crissa on the run. A contact hooks her up with Benny Roth, a former gangster turned stool pigeon. Benny thinks he knows where five million from the famed Lutfhansa Heist (Remember the big score in Goodfellas?) is located. Two problems – it’s in the possession of a notorious wiseguy, and Benny’s not completely sure about it. Desperate, Crissa takes on a score and partner she can’t completely trust.

Even with its inventive set pieces and sharp action, it’s Stroby’s gift of character and realistic tone that make the book stand out from other heist yarns. He doesn’t give us complex, stopwatch-slick capers. The robberies always seem clunky and messy and pretty low-tech. Even the professionals don’t come off completely professional. His criminals are working class guys who speak in a dialogue reminiscent of Elmore Leonard and George V. Higgins. In Stroby’s world, it’s not cool being a criminal. It’s these imperfect people that give an authenticity and pathos to a wonderful pulp premise. 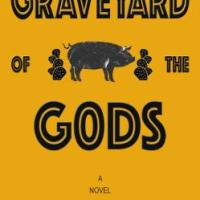