As the year wraps up, before we start bombarding our followers with lists of all our favorite books of 2016, here’s three exceptional reads out in December, including a reissue, a rural noir, and the paperback release of the latest Ian Rankin!

A recently discovered Cool & Lam mystery that the publisher shelved for being too risque. PI Donald Lam has a great voice and his boss Bertha Cool is a dame you don’t mess with. A fun detective novel that feels more like a modern take on a classic than something from the period, especially with the novel’s portrayal of female characters and sex. The Knife Slipped comes out Tuesday, December 6th. Pre-order now!

Graveyard Of the Gods by Richard Newman

A farmer whose side business is throwing murdered bodies to his hogs, discovers one of the corpses to be his estranged brother. His search for answers takes him to a Southern Illinois town whose life support is provided by a questionable casino. A lean, muscular rural noir that serves as an elegy for the dying Midwest. You can find copies of Graveyard of the Gods on our shelves and via bookpeople.com.

Even Dogs In The Wild by Ian Rankin (New In Paperback)

A retired Rebus is pulled back into action to help none other than his old nemesis, Cafferty, putting them between gangsters and both honest and dishonest lawmen. A great Scottish mob and coppers tale that looks into several interesting relationships. Meet Ian Rankin when he comes here February 16th – more details to come closer to the event! Paperback copies of Even Dogs in the Wild hit the shelves Tuesday, December 13th. Pre-order now!

Ian Rankin brings three investigators – Rebus, Clark, and Fox – back together for his latest novel, Even Dogs In The Wild. Ian Rankin joins us at BookPeople Sunday, January 31st, at 3 PM to speak and sign his latest. Regular contributor to the MysteryPeople blog Scott Butki interviewed Rankin about his latest novel, writing the iconic Rebus, and his writer friends.

Ian Rankin: Someone in a bar told me the story of a drug dealer who supposedly hid a large stash of dope and money in some woods outside his village. When he died of natural causes, the villagers went on a treasure hunt. That gave me the notion of the treasure hunt, which I turned into a story involving gangsters on the trail of something stolen from them. Then one night an image came into my head of someone pointing a gun at another person. The gunman is in the garden of a house and it is night and the intended victim can’t see them. I wondered: who is the gunman, who the victim, why is this happening and what will the intended victim do about it? I had the beginning of my novel.

SB: I saw on the Internet where you mentioned, before the title was made public, that the title of your next book was also the name of a catchy song. Were you surprised to then have fans trying to guess the song title?

IR: It was part of the fun, letting fans know the book would be named after a song and then seeing if any of them could guess what it might be. (Nobody did, but then it is a pretty obscure song.)

“I feel sorry for fans who make the pilgrimage to the Oxford Bar in Edinburgh, seeking Rebus out and finding only his creator seated at the bar. I’m a bit of a let down – not as dark, brooding, complex or dangerous as Rebus!”

END_OF_DOCUMENT_TOKEN_TO_BE_REPLACED 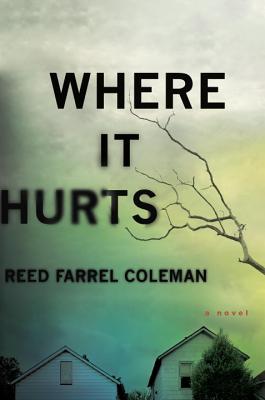 As we wait patiently for the wild mood swings of a Texas winter to die down, we’ve got plenty of events coming up to strike a mystery lover’s fancy – no matter the weather outside. Jeff Abbott ushered in our 2016 events this past Tuesday, speaking and signing his latest thriller, The First Order.

Coming up at the end of the month, Reed Farrel Coleman, a long-time favorite, comes to visit with two new books: Robert B. Parker’s The Devil Wins,  a Jesse Stone novel, and Where It Hurts, the first in a new series and our Pick of the Month for January. He’ll be here to speak and sign his latest on Saturday, January 30th, at 5 PM.

END_OF_DOCUMENT_TOKEN_TO_BE_REPLACED 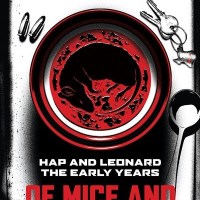