The Murder in the Afternoon Book Club meets the third Tuesday of each month at 2 PM on BookPeople’s third floor. Please join us Tuesday, October 20, at 2 PM as we discuss The Price of Salt, by Patricia Highsmith. 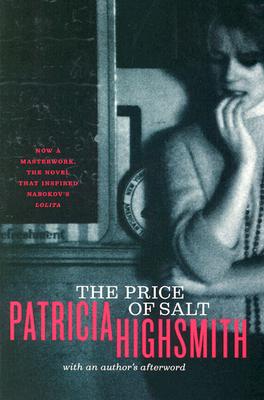 From time to time, my attention focuses in on a novel that may or may not be a mystery novel, but can arguably fall under the category of noir. I then assign these novels to my mystery book clubs, wherein my book club members scoff at how little violence actually occurs in the book. Well, scoff away, for The Price of Salt, while it may be shelved in the mystery section, is not a mystery novel at all. It is a love story, written by an author known for her mystery novels.

After her first novel, Strangers on a Train, forever labeled Highsmith as a “suspense writer,” Highsmith wrote The Price of Salt under a different pen name, so as not to be newly labeled by the publishing industry as a lesbian writer. Renewed interest in Highsmith in the 1980s led to the reissue of The Price of Salt under her own name, and the novel is now being adapted to the screen, with a projected release date of later this fall.

Rather than a dark exploration of the worst aspects of the human psyche, Patricia Highsmith, in The Price of Salt, tells the story of two women, drawn together by a chance meeting at a crowded department store, who are initially convinced their attraction is as dark and forbidden as any other action by a Highsmith character. As they spend more time together, and leave their past commitments behind in favor of their growing attachment, they (uniquely for Highsmith characters) leave their ill-health and obsessions behind in favor of growing happiness and fulfillment.