December is here; a time of family, friendship, perhaps some frost, and most certainly murder most foul. Here are some of our favorite novels to usher in the New Year. You can find copies on our shelves and via bookpeople.com.

Trouble In The Heartland edited by Joe Clifford

Over forty of the best crime writers out there, including Eric Beetner, Hilary Davidson, and Dennis Lehane, each tackling the title of a Bruce Springsteen song and turning it into a story. Full of losers, longing, cars, desired women, and working class drive, these stories do the Boss proud.

Paraplegic vigilante Dean Drayhart and his helper monkey Sid are back. When a hit is put on the both of them and and Cinda, Dean’s sex worker girlfriend, Dean has to break out of prison, get Sid and fight back. This fun follow-up to Hard Bite ups the ante in blood and laughs.

A Song to Die For by Mike Blakely
A rollicking novel of crime and music in 1975 Austin that brings together a singer-songwriter, a Texas Ranger, and a murdered Mafia princess. Blakely gives us an Austin where the attitude and the music was truly outlaw. Meet Mike with Robert Knott on January 14th during our western night.

This year’s debut list means a lot to me. Three of the authors (Todd, Thomas, and Dan) have been good friends whose work I’ve been waiting to see in novel form. They prove they deserve to be widely read. Terry and Elaine (aka Anynomous-9) are others who I discovered this year who became good friends. Congrats gang, hope this was an early step to a road of success.

1. The Hard Bounce by Todd Robinson

A rich hard boiled novel about two Boston bouncers hired to find a missing girl. Tough and smart, with a lot of wicked humor and fist fighting.

2. Blade Of Dishonor by Thomas Pluck

This novel of non-stop action has an MMA fighter caught in battle between a ninja and samurai over a sword that his grandfather brought back from World War II. It’s the most pure enjoyment I’ve had this year. Pulp in epic scale.

3. A Killing At Cotton Hill by Terry Shames

Shames looks at her central Texas community the way Craig Johnson looks at Wyoming and Louise Penny look at Quebec, with the intimacy and expertise of a native. While not bloody or violent, it resists pulling punches when it comes to small town life, greed, politics, family, and nearing the end of one’s life.

A sniper shooting outside a church pulls a Chicago police detective into dirty local and Washington politics, CIA assassins, and a 1970s cover up connected to the murder of his father, who was a cop. With strong characters and plenty of action, it’s like your favorite ’80s cop movie  given a literary treatment.

This may not qualify, since technically it was available as an ebook in 2012, but I can’t neglect this offbeat and often violent tale of a quadriplegic who uses his helper monkey to kill hit and run drivers and runs afoul of the Mexican mob. Unique and also incredibly well crafted.

Copies of all of these books are available on our shelves at BookPeople and via bookpeople.com. 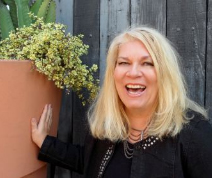 At our last Noir At The Bar, Anoymous-9 (aka Elaine Ash) wowed the crowd, including her fellow authors, with her reading from Hard Bite. This story of Dean Drayhart, a paraplegic who gets revenge on hit run drivesr with the help of his trained monkey and runs afoul of the Mexican Mafia, was a download sensation, earning tons of awards and great word of mouth. As a result, our friend Jon Basoof printed it as a NewPulp Press title. We talked with Anynmous about the the book.

MYSTERYPEOPLE: How did the idea of Hard Bite come about?

ANONYMOUS-9: HARD BITE came about when I adopted the pseudonym “Anonymous-9.” Up until then, when I was writing I had the sneaky feeling the “brakes” were on. The minute I took another name my imagination and subconscious went into overdrive. Ideas I’d never dreamed of started flying in. HARD BITE was one of the very first ideas and began as a short story. When it won Spinetingler Magazine’s Best Short Story on the Web 2009 competition, I started expanding it into a novel. I don’t really need the pseudonym anymore but I’m stuck with it.

MP: How did you approach writing a lead who is so different from you?

A9: Dean isn’t so different from me in a few aspects. We all find life overwhelming sometimes. We all have moments of frustration where we’d “like to kill somebody” but of course we never do it. Dean is my id let loose with no restrictions or supervision—running wild in print. In terms of the technical aspects of writing about a paraplegic man with a helper monkey the answer is research, research, research. Writing 101 says “write what you know.” I knew nothing about paraplegics, helper monkeys or police procedure. Doh! But I had this first person voice for a character living in that world. So I spent time and money learning what I didn’t know.

MP: Do you have anything in common with Dean?

A9: Yes. Dean never gives up. No matter how bad the odds or how steep the obstacles he throws himself at goals with no fear of failure. Unlike Dean I feel lots of fear (but do it anyway). My goal is to write balanced on a razor’s edge of risk, originality, and craft. I’m not interested in playing it safe. The downside is possibly missing the mark—spectacularly. Wow, look at her—CRASH! I care about that but I can’t stop myself either. I’m proud that Ray Garton, the 1990 World Horror Grand Master Award recipient, said HARD BITE was the best, most fiercely original crime novel he’d read in a long time. “Fierce” and “original” are my favorite review adjectives.

MP: It being your first novel, did you draw from any influences?

A9: Full disclosure: it’s not my first novel. I had another one many years ago under another name that is best forgotten. But because of this technicality I disqualified myself from any best new novel awards (which hurt like hell). All was not lost, though. HARD BITE has been nominated for a 2014 Thriller Award as Best Paperback Original. It also won a Readers’ Choice Award in 2012 from The House of Crime and Mystery (Canada).

Back to your question about influences… JAMES M. CAIN blew me away by tackling verboten topics and exposing the dark sides of “nice” people. TOM ROBBINS is unequaled for intense energy, imagery and magical realism. He’s all about voice. T. JEFFERSON PARKER wowed me with L.A. Outlaws and set the bar for crime characters, action and adventure. TOM WOLFE defined “unflinching observer” for me and pioneered The New Journalism. JOHN BURDETT invented the most original detective I’ve ever read with Sonchai Jitpleecheep of the Bangkok series. RAYMOND CHANDLER pioneered his own genre. Those are big influences.

BP: Like many crime novels, you also give us a look at LA. What did you want to say about the city?

A9: Los Angeles is noir. Underneath the bright California sun and behind the beautiful people with sparkling teeth there is a double streak of corruption and decadence that never improves, it just evolves—pure cocaine to a writer of hardboiled crime. It’s always been like this, it’ll always be like this. I moved to Los Angeles fifteen years ago not for the weather and not for the beauty but because I needed freedom to write whatever I damn well wanted in a city crawling with talent and great writers. Los Angeles is like a cruel lover that gave me what I desired most and stripped me of anything that wasn’t. One day I’ll move somewhere kinder and more sensible. But until I’m done writing about Los Angeles it gives me what I need.

BP: Hard Bite is such a fun read, what was the most fun about writing it?

A9: Thank you! The most fun was writing Dean’s searingly honest, hopelessly politically incorrect voice. I also had a ball with Sid who gets away with truly outrageous antics and people love him anyway because after all, he’s just a monkey. It’s such a blast hearing that people laugh reading the book. The story called for a writing style that was hilarious, heartbreaking, and hardboiled all at the same time. How much fun is that?

Finally, Scott, I want to say how much fun it was coming to Austin and reading a bit of HARD BITE at your Noir at the Bar held at Opal Divines. It was a big deal to finally meet The BookPeople guy who is always mentioned at writing conferences and on panels, and who does so much to promote crime writers. Thank you.

Copies of Hard Bite are available on our shelves at BookPeople and via bookpeople.com.

Our last Noir At The Bar for 2013 will also celebrate the third anniversary of MysteryPeople. It’s been a fun year and we’re going out with three authors who are a great example of the talent we’ve brought out in the past.

MysteryPeople has been dealing with Jon Basoff for sometime, but mainly in his role as publisher. His NewPulp Press has given us books like Hell On Church Street, Bad JuJu, and Frank Sinatra In A Blender. His second book, Corrosion, has received accolades from book bloggers, drawing comparisons to Jim Thompson and William Faulkner. It is a bleak, sweaty, rural noir with a scarred veteran, hooker, and preacher on a collision course for violence on one doark night.

Anonymous-9’s Hard Bite found it’s way onto many, many best of 2012 lists, even though it was only available to download. Newpulp has put it in print and we’re happy to Introduce Anynmous-9 to Austin readers. Praise for this tale of a paraplegic going up against the Mexican Mafia to save his kidnapped nurse with only a hooker and his trained monkey for help spread like wildfire. 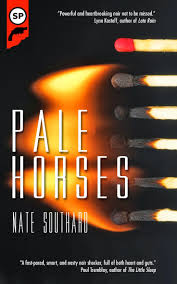 We love to promote our local authors like Nate Southard ). Nate’s book Pale Horses has two protagonists: a small town sheriff dealing with Alzheimer’s and a murder, and the damaged vet who may have committed it. Nate has earned a lot of praise in the horror world and it looks like the same is going to happen with him in crime fiction.

Join us this Thursday, November 7th at 7pm at Opal Divine’s on 3601 South Congress. Have a drink, hear from some bad ass authors, buy some of their bad ass books, and help close out a great year at MysteryPeople. See you there.