When the term “Texas writer” comes up it’s hard not to think of Joe R. Lansdale. His voice, humor, and knack for entertaining make him one-of-a-kind, but here are some that come close for that Lansdale fan you may be holiday shopping for.

Tim Bryant – A former student of Joe’s, Tim Bryant has turned his unique voice toward his series character private detective Alvin “Dutch” Curridge, whose beat is postwar Fort Worth, brought alive by its music and people (First Book- Dutch Curridge). He also has a couple of great westerns featuring John Wilkie Liquorish a psychopath who becomes a hero in The Flashman vein. Bryant has colorful characters to spare and one hell of a voice.

Frank Bill – Much like Joe Lansdale, Frank Bill uses the vernacular of his region, Southern Indiana, as a part of his tales of crime and violence. His short story collection, Crimes in Southern Indiana, and Donnybrook, a novel of several ne’er do wells on their journey to an illegal fight competition, not to mention it’s apocalyptic sequel The Savage, which will unsettle you in the best way.

Ralph Dennis- Dennis created the Hardman series in the seventies. Its lead, Jim Hardman, was a disgraced ex-cop working the mean streets of Atlanta as an unlicensed PI with his more able-bodied back up, ex-NFL player Hump Evans. Gritty and blue collar with great banter between the two men, this series served as an influence on Lansdale’s Hap and Leonard. 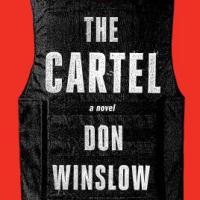