There are many mysteries in my first book, Morgan’s Point, but none that involved murder. Two sudden, unfathomable and sickening deaths were a part of the story, but I didn’t focus on willful murder. While I don’t exactly think of myself as a pacifist, I had to overcome some trepidation in my second book, Anahuac, and commit a murder—or, at least, commit to chronicling a murder in print. 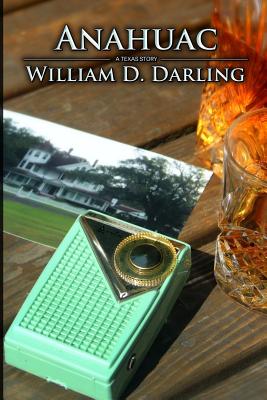 But even though there is a murder to solve, in the historic and isolated Texas town of Anahuac (Anna Whack is the way a resident would pronounce it) that gives the book its title, the story revolves around mysteries that may be darker than murder.

Most of us abhor violence. Yet mystery, especially when it involves murder, is one of our favorite literary genres. The “why” of its popularity is not so hard to understand when one accepts that the violence and death in a murder mystery are usually purely fictional. We shiver in anticipation as the roller coaster reaches the top of the hill, because the exhilaration of the bottom dropping out is “safe.” Mystery lets us enter into the violent world of murder without actually being in danger. The journey is aided by the fact that our imaginations don’t—in the moment, at least—distinguish between real danger and the imagined.

Make no mistake, my latest novel Anahuac is a murder mystery, pure and simple. If you liked the Coen Brothers movie Blood Simple, you will probably like Anahuac. The mysteries surrounding the living are as dark and complex as the question of what happened to the dearly-departed woman my readers meet (briefly) in the first few pages.

So, how to write about the murder of a human being by another?

Anahuac is a story told in first person. Jim Ward, the series narrator, is not present at the time of the murder—he’s a lawyer called in to defend the out-of-town stranger who is at the murder scene. We learn the details, through Jim’s eyes, in retrospective interviews and testimony.

Solving the crime in Anahuac does not turn on how the deceased was killed. There is more than one person with the means and the motive to have committed the crime. Anahuac is a murder mystery with a heavy emphasis on multiple mysteries. The perpetrator’s identity—a preacher in a sharkskin suit with a following of evangelicals—is the key to there being a story in the first place; but the murder serves as a vehicle to explore dark questions related to greed, religion, and justice. Without the murder, the other dark mysteries explored in the story would never surface.

A murder defendant must be proven guilty beyond a reasonable doubt. A jury’s task of judging the credibility of witnesses is most complex when multiple witnesses in the trial have an incentive to have killed the deceased. The paucity of information about the act of murder is often the case in real life crime. As in life, the jury and the reader are called to judge the credibility of the witnesses in Anahuac.

And to complicate matters, the town of Anahuac is about to be illuminated by the glare of big city television news and newspapers, enticed by the strange circumstances around the case. In 1972 Anahuac was a remote town even by Texas standards. Outside scrutiny of the small town’s justice system puts more than the defendant on trial.

Anahuac puts you in the jury box with a jury made up of rice farmers and the local undertaker. The defendant’s version of the events leading to the death of the victim is sketchy, but he has evidence that points to someone else. If there is a reasonable doubt that the defendant committed the crime, the jury must acquit. What if that means that there might not ever be anyone punished for the crime?

I spent time as both a prosecutor and a defense lawyer. Justice is all too often in the eye of the beholder. The rules of evidence don’t care who is guilty. Convicted criminals seldom think that justice was done. Convicted innocent defendants are sure it wasn’t.

I am writing the sequel to Anahuac. The story is set in Austin, Texas in the mid-1970s and recounts a murder involving the cosmic cowboy music scene, politics, romance, and demands for women’s rights. Ah, yet again I am confronted with the violence of the act of murder. I wonder how I’ll handle it this time.

One thought on “Guest Post By William D. Darling”