In Steady Trouble, Mike McCrary introduces us to Steady Teddy, an Austin bartender, floating casino manager, part time pimp, and amusement park princess. She finds a way for life to get more interesting when an offer to inherit a art of a millionaires wealth puts her in the cross hairs of the man’s greedy and murderous family. Even by McCrary’s standards this book does not let up. We talked to Mike about the novel and the character at its center.

Mike McCrary will be joining Rick Ollerman and Eryk Pruitt for an event at BookPeople next Monday, November 6th, at 7pm. Hope to see you there! 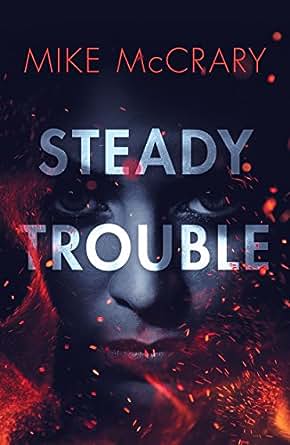 MysteryPeople Scott: The forward momentum of Steady Trouble is relentless. What do you attribute this to?

Mike McCrary: Thank you. It’s not by accident. I think it’s a constant fear that I have, a panic even, that I will not entertain the person reading the thing. I simply don’t want to bore people. Perhaps to a fault.

I don’t want anyone who picks up any of my books to not be entertained. I’m sure it’s happened, for one reason or another, but I guess I want to make sure I do as much as I can on my end to keep the pages burning along and for people have a good time.

I write with the intent to entertain. Not to wow them about how I can describe trees and shit.

MPS: How did the character of Teddy come about?

MM: I knew I wanted to do something a little different from my other stuff. I wanted a character who was damaged, but in a different way than the usual crime / thriller badass heroes. 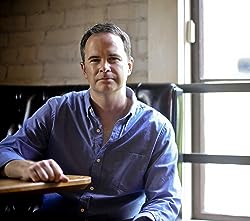 She’s not a raving alcoholic cop with a dead partner or disgraced hit man out to help the world be a better place. She’s was involved in a horrible attack during childhood that she doesn’t even remember because she suffered a head injury during the incident. Some characters might have taken that tragedy and folded up into a drug addict or turned it into an inspiration and become a lawyer or whatever, but this trauma molded Teddy into something different. Not a victim or a shining light of goodness, but something else.

She became a force of nature created in her own image. She’s carved out a strange life for herself, but all on her terms. I wanted readers to have sympathy for her but never pity her. That character setup also allows for a lot of great twists and turns because we’re learning about her as she learns about herself and a past that she didn’t know existed.

MPS: Did writing a female lead make anything different?

I was very purposeful on how I created her. I didn’t take the story into places that I didn’t think I could do justice to. I also didn’t make it some male fantasy, sex tale with kinky shit on every other page. I made her a person who’d been through some tough stuff, but could handle it. I tried to think of strong women I’ve known, put them in that situation and tried to think about what they might do. It could have easily been a male lead, not to dump on my gender, but I thought Steady Teddy needed to be more than that.

MPS: Was there any challenge in writing for a lead of a different gender than yourself?

MM: Some, but the biggest challenges were from a technical side more than anything else.

Really it was just getting into the mindset of her each day before writing. It’s written in first person so I had to be aware of using words that associated myself with being female. After a few days it was pretty easy, perhaps more than I care to admit, but it wasn’t any different than taking on any other lead I’ve written. Once you get past the obvious stuff, you simply write the character. She’s a person involved in a situation, like any male character, and then you write to entertain. Not like I was typing things like, “Damn, my vagina is bothering me today.”

MPS: What draws you to protagonists who don’t follow the most virtuous path?

I read somewhere that Superman is hard to pull off now because society today is too cynical to believe anyone is that pure and good. Maybe that’s true, maybe not, but I’ve always had a fascination with people that live and roam in the margins. We’re all a mess. We’ve all got our travels in the dark, some darker than others, so I think readers identify and like to explore characters that aren’t perfect or even vaguely close. The ones that are trying best they can, but keep falling short. That can’t get out of their own way. Much like all of us at times.

MPS: You are also doing your fourth Remo book. What can you tell us about it?

MM: Yeah, this will be the fourth and perhaps the last Remo for a while at least. It’s called Remo Went Off and will be out in November. I’m very happy with the way it’s turned out. I’m also very happy that I got to do the Remo series the way I wanted to. People have been very kind and seem to have great affection for the character despite the fact he’s pretty much an asshole.

If you enjoyed the other three then this one will not disappoint. There’s all the action, profanity, fun, jokes and insanity that I’ve had a blast writing. As I look at the four books as a set, it’s crazy to think the entire story only really takes place over a few days. Fun days for the readers, and the writer, but not so much for Remo.

Remo has been a fixture in my writing life, I owe the man a lot, and he’s been good to me. Despite what I’ve put him through.

Mike McCrary will be joining Rick Ollerman and Eryk Pruitt for an event at BookPeople next Monday, November 6th, at 7pm. Hope to see you there!

2 thoughts on “Q&A with Mike McCrary” 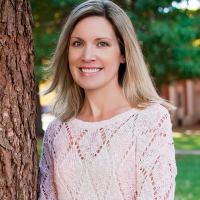