We’re wrapping up our 30th Anniversary tribute to Sisters In Crime with essays from its members. We go to the president of the northern California chapter and MysteryPeople favorite, Terry Shames. Terry is known for her books featuring Samuel Craddock, an widowed police chief in a central Texas town. In her essay, Terry talks about being at one of the founding meetings of Sisters In Crime.

Thirty years ago two writer friends convinced me to attend Bouchercon in Baltimore. They told me I’d have a blast. As an aspiring mystery writer, I’d not only learn a lot, but I’d meet lots of mystery writers and fans. They were right. I met writers I was in awe of, and found them to be warm and friendly. I was in heaven. As a beginner, I soaked up not just the atmosphere, but the information I heard on panels I attended.

What I remember most about the conference, though, is that my friends invited me to tag along to hear writer Sarah Paretsky talk about an idea for a new organization that would be geared to supporting female crime writers. It was common knowledge that although half of crime writers were women, the lion’s share of awards, reviews, interviews, and buzz went to male writers. Sarah wanted to change that. 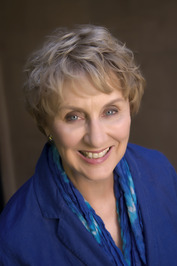 Sarah’s talk was inspiring. It wasn’t mean-spirited. There was no talk of men not deserving recognition. It was about women deserving a share of the goodies. There were men in the audience as well; men who came to cheer on women, who they thought deserved better as well.

I, along with most of the women there, signed up enthusiastically for the new organization, Sisters in Crime. How could I have known that thirty years later I would be president of our northern California chapter of what has become a vibrant national organization.

The value I have received from Sisters in Crime is immeasurable. I’ve met both women and men dedicated to the idea that when one succeeds, we all succeed. When I started writing in earnest several years after that initial conference, I heard about a sub-group of the organization called The Guppies (the great unpublished). This was a group of women writers who were determined to be published. They wanted to help each other by exchanging information, tips on agents and publishers who were eager to hear from new writers; conferences and workshops that were especially helpful. The membership also exchanged virtual hugs when someone was disappointed; advice; warnings of predatory people in the publishing field; and finally, high fives when someone had success. The membership also included seasoned writers who wanted to participate in giving unpublished writers all the help they could.

This has been my experience through the years with Sisters in Crime. The dedication to supporting sister writers succeed was not just an empty slogan. I see it play out daily, in the email list serve where people ask for advice and opinions, and receive thoughtful responses. When you ask a “sister” for help, there’s always someone listening and willing to step up. Members are eager to exchange manuscripts for mutual critiques. They alert other members to valuable workshops. They ask compelling questions about writing and publishing, and many members join in the conversation.

From that meeting thirty years ago to the present Sisters in Crime has grown to a national force for women in the crime writing field. I am proud to be a part of it. In fact, I have just completed a week long retreat with six other “sisters” whom I would never have met had it not been for Sisters in Crime.

2 thoughts on “Guest Post: Terry Shames on Sisters in Crime”