Even though the main goal of Sisters In Crime is to advance female crime fiction authors, it has a large number of male authors who benefit from the group. One member, David Ciambrone, is this week’s guest blogger to celebrate the organization’s 30th anniversary. Below, David gives advise to male writers writing female leads; something his Sisters experience has helped him in.

Male Authors Writing Female Heroines – How Can They Do It?

My first reply is:

Write all your characters as human beings in all their complexity, especially the female characters.

That’s a good answer, although rarely easy to pull off.

A man writing male heroes is not too hard. But for guys to write believable female characters it can get tricky. First, men, for the most part, do not understand women very well. Second, females can be unpredictable and moody, and, at the same time strong, outgoing, affectionate, intelligent and sometimes sexy. Your female character can run a business, be a doctor or lawyer or a librarian and/or be a housewife and mother and a detective all at the same time. She has dreams and ambition. In most of my novels the lead characters are women. They are the main character or the semi-main characters.

So, after writing multiple mystery novels, here is my advice, such as it is:

Have a good critique partner who is a woman and willing to give you her womanly opinion. Listen and take her advice.

Know your audience. If the story will tend to be read by women, then you must try and make your female character believable to them. Give her qualities the women will like and maybe aspire to or wish they had. If your intended audience is female, make sure to include plenty of personal pronouns—“I,” “you” and “we”—and descriptive terms.

If you want to appeal to a mixed audience, watch out for instances in which the language skews toward your own gender. Make revisions to include a balance of wording that caters to the other sex as well.

Put enough women in the story so that they can talk to each other.

Have female characters in the plot as strong, intelligent, energetic participants, whether as primary or secondary or tertiary characters in both public and private roles within the story.

Have your female characters exist for themselves, not merely as passive adjuncts whose sole function is to serve the males.

Get to know your female characters in depth. Have a clear understanding of who they are and the role they play in the story.  They will write themselves.

In real life, women, act and react in a multiplicity of ways to the circumstances in which they find themselves. The female character in your story should, too. Make her believable. Give her and appropriate background, dreams, and ambition in her personal life.

Write stories that move beyond the idea of gender being the most crucial thing we know about someone or the root of their behavior. Being female in a “man’s world” can have its advantages. She has natural “weapons” she can use against male characters. Use them. Your heroine can act as brave, tough, intelligent, dynamic, or as daring as a man, then slip into a very feminine role. She can do this to gain whatever she wants or needs in the story. But above all, remember…she is a WOMAN. Do NOT sell your female characters short.

Remember, men like to accomplish things and women tend to focus on relationships. BUT, keeping that in mind, blur this stereotype and have your female character go after something with the drive and vigor of a man. In real life women do this all the time.

Because the author is male, it is highly recommended that he get to know multiple women, listen to them, engage with them and learn, as best he can, how they tick. I have melded a couple different women I know into each of my female characters. Each of the “real women” brought something to the fictional character that blended into a believable, standout, strong, loving, daring, spunky, engaging, female character.

David Ciambrone is an award winning, best selling author who has published 20 books, both fiction and nonfiction. He has also written columns for newspapers and business journals. Dave is a member of Sisters in Crime, (he is a sister with a Y chromosome). Latest of his Virginia Davies Quilt Mystery series released is Suspicious Threads.  www.davidciambrone.com. 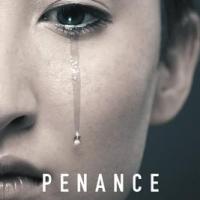 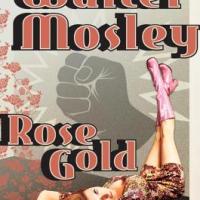