MysteryPeople Contributor Scott Butki splits his time between education, advocacy, and reviews and interviews. You can find a full list of his interviews and reviews at http://thinkingandtalkingandacting.blogspot.com/2015/11/an-index-of-my-interviews-with-authors.html. Below, you’ll find his review of Anne Holt’s latest Norwegian noir, Odd Numbers,  a disturbing and timely read. 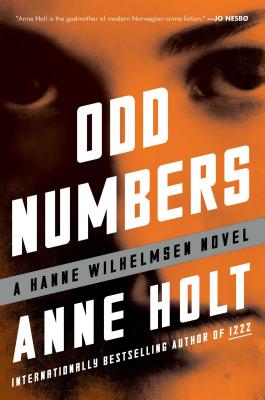 With Odd Numbers Anne Holt has written a fascinating, intricate novel about life in Norway in awful, exhausting circumstances. The book is the ninth and penultimate in her series featuring cold case specialist Hanne Wilhelmsen.

The novel’s action begins with a bomb going off in an upscale part of Oslo, targeting the Islamic Cooperation Council’s headquarters and killing 23 people. Law enforcement suspects an extremist organization is responsible for that and future attacks. That said, they are finding it hard to prove that assertion.

Holt does an excellent job explaining what characters in Norway think about Muslims living in Norway – some are racists, some encourage diversity, and many draw less clear lines.

Interestingly, Holt explains in a postscript that “comments placed, directly or indirectly, in the mouths of extremists on both sides in the novel are slightly paraphrased quotes from real statements.”

This part of the novel was difficult for me to read considering all of the seemingly senseless attacks against civilians around the world in recent months and years. In a word, it’s still too raw.

It probably didn’t help that I finished this book and typed up this review the weekend Nazis and white supremacists rallied in Charlottesville, Va., reminding us that the kinds of hate Holt described are front and center here still.

There’s a subplot that I prefer regarding solving a cold case decades old, with more interesting characters and plot twists.

I am new to Holt’s writings and would probably have liked and understood some parts of the book better had I read the earlier novels. That said she proves with this book why Jo Nesbo has called her the “godmother of modern Norwegian crime fiction.”

You can find copies of Odd Numbers on our shelves and via bookpeople.com.