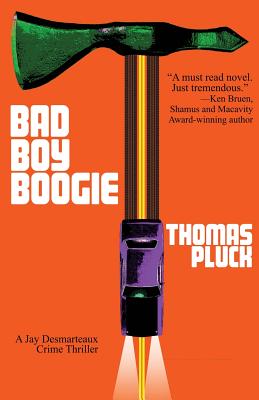 If Thomas Pluck has a problem in crime fiction, it’s that he’s good at too many things. He writes insightful reviews and does fun informative interviews (visit his website, Die Laughing) and has served has an editor on The Protectors anthology series (the proceeds of which go to child advocacy groups); he also writes short stories that vary from genre fun to hardcore noir – he’s even got a samurai story. A few years back he released his first full-length novel, Blade of Dishonor,  a rollicking action-packed ode to men’s paperback fiction of the Seventies and Eighties. His latest novel, Bad Boy Boogie, is practically the opposite of his previous work.

While both books have a lot of violence, Bad Boy Boogie doesn’t portray it in the comic book style of the previous one, focusing instead on its repercussions. Jay Desmarteaux, the novel’s protagonist, is a Cajun transplant in New Jersey who once killed a bully when he was in his mid teens, and has just been released from a twenty five year stretch. Some believe he still has to pay, particularly the mob captain father of the boy he killed. The only thing to see him through everything that’s coming at him are a few old friends and his father’s hatchet from Vietnam.

“Bad Boy Boogie is a punch to the heart. Picture James Lee Burke slammed into old-school Dennis Lehane and filtered through Bruce Springsteen, yet having a voice all its own. Now we wait to see what Thomas Pluck does next.”

In Jay, Pluck has created a complex, wounded, and emotionally real character. He captures Jay’s arrested state from his incarceration during the time in his life when most others learn to become a man. Prison has programmed him with a violent instinct,  and he is aware he can’t live like that – but life on the outside doesn’t make it easy for him to put the teachings of prison behind.

Part of his condition is shared by the community he has returned to. Many of his friends haven’t matured much more than he has, living in the past, holding old beefs. Pluck’s New Jersey is a tribal, working-class world, where everybody keeps their old beefs fresh and are ready to create some more.

Bad Boy Boogie is a punch to the heart. Picture James Lee Burke slammed into old-school Dennis Lehane and filtered through Bruce Springsteen, yet having a voice all its own. Now we wait to see what Thomas Pluck does next.

You can find copies of Bad Boy Boogie on our shelves and via bookpeople.com. 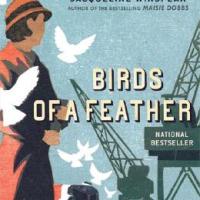 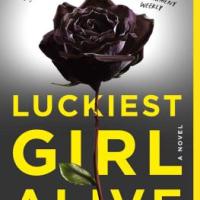