February brings with it a host of crime fiction events, and plenty of great new releases!

What You Break by Reed Farrel Coleman

Coleman follows his up his Edgar nominated What You Break with the next chapter in the life of broken ex-Suffolk cop Gus Murphy. Hired to look into the daughter of a rich and powerful man as well well as trying to help his friend and co-worker Slava, Gus dives into a realm where evil touches everyone. Coleman strikes the perfect balance of exploring his hero’s interior struggles while pulling off a strong hard boiled tale. Reed Farrel Coleman joins us to speak and sign his latest on Friday, February 10, at 7 PM. He’ll be joined by actor, writer and producer Robert Knott, here with his latest continuation of Robert B. Parker’s Hitch & Cole series. What You Break comes out February 7th – pre-order signed copies!

Known for his poetry, Stephen Mack Jones has entered the mystery world already possessing the craft to write a complete detective novel, and one which we hope will lead to many more. Set in Detroit, August Snow follows the titular character, an ex-cop and the scion of an African-American father and a Mexican-American mother, as he returns home after a year spent traveling. He’s got millions in his pocket from a successful suit against the town’s corrupt police department and politicians, and he’s ready to use that money for good. Echoes from the past interfere with his future as a full-time do-gooder. When August catches a case that brings up all his old demons, he finally has a chance to lay those demons to rest, and make sense of a string of murders along the way. August Snow comes out February 14th – pre-order now!

Hap and Leonard return in this entertaining private eye yarn with the boys hired to look into the death of a young black man at the hands of the police in their small, yet violent, East Texas town. Lansdale gives us a great buddy novel, looking at small town corruption, with some great fight scenes and plenty of laugh out loud moments, while taking a serious look at an issue that still plagues us today. Joe joins us Thursday, February 23rd, at 7 PM, along with Dallas writer Kathleen Kent. Rusty Puppy comes out February 21st – pre-order signed copies! 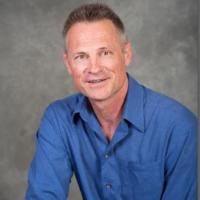