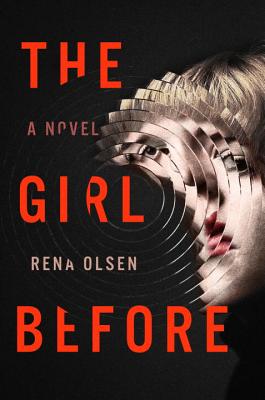 I read this all in one night, when I was looking for a book disturbing enough to distract me from the results of the election. The Girl Before delivered! Rena Olson works as a marriage therapist, evident in her realistic portrayal of the most f*&^ed up marriage in fiction since Gone Girl. As The Girl Before begins, her protagonist Clara is ripped from her husband and daughters as law enforcement raids their home, and told by her husband to keep her mouth shut. Depressed and in denial of the reason for her arrest, Clara initially refuses to cooperate – she insists that her marriage has been defined by love, rather than control, and refuses to accept any information to the contrary.

Through flashbacks, we’re introduced to what appears to be a finishing school, where young girls, isolated from men, are taught obedience, languages, and various other ‘womanly arts,’ or face violence or expulsion. We slowly learn that what Clara conceived of as a happy childhood at an exemplary school was actually a life spent in a bordello training facility for underage girls intended for the international sex trade.

The psychological manipulation of the bordello’s owners, the love of their son, and Clara’s early age at the time of her kidnapping all contribute to a heart-rending description of a “good girl” who, through behaving as she is told to in her atrocious milieu, becomes guilty of unspeakable acts. Like the well-behaved across society, she knows the punishment meted out for wrong behavior is extreme, yet deludes herself into a belief that the rules that govern her world are justified, and can be obeyed. Olson reserves almost as much sympathy for Clara’s husband, the scion of Clara’s kidnappers, forced into continuing the family business, yet showing a rare skill for intimidation and violence. No matter now much I hated Clara’s husband, I loved Olson’s choice to represent not only his violent acts towards his wife, but also his willingness to choose her life over any around him, including his nightmarish bordello madame mother.

Olson does a convincing job showing how warped our sense of normal becomes when raised within a toxic environment – Due to her relative privilege compared to the others in the brothel, Clara has a tremendously difficult time accepting her life as unhappy, despite her husband’s abuse and her duties turning kidnapped girls into obedient future courtesans. The brutality of Clara’s life is akin to the wife of a Southern slaver – she endures her husband’s violence, metes out punishments to the girls in her charge, and tells herself and her “daughters” that all that is done to them is for their own benefit.

Olson, through her choice of setting, highlights the uncomfortable similarity between older models for women’s behavior and the modern-day tasks of a teenage courtesan preparing for auction. Tasks once considered a woman’s duty, including obedience, sexual servitude, and keeping other women in line, are reinterpreted in their modern context: as the tools of a brutal trade, and the watch-words of the patriarchy. The girls of The Girl Before are not just being prepared to be hookers. They’re to be sold as high-class courtesans, obedient and skilled, their virginity preserved to increase their value. They straddle the line between wife, child, and prostitute.When the girls rebel against their training, they wind up in the compound’s brothel, exposed to filth, disease, and endless work – this fate serves as a warning to the rest, and keeps the compound’s residents competing against one another, rather than banding together.

Clara’s sense of her own privilege, her delusion that the compound’s rules are justified and the punishments meted out for other girls’ infractions are deserved, her insistence on following the rules in a game that’s rigged – all of these combine to shine an uncomfortable mirror back onto a society that has (more often than not) chosen inequality for most, rather than risk losing privileges for some. Like Clara, many of us are tempted to confuse power and privilege with happiness. Like Clara, many of us are feel the urge to insist that the love of others can somehow compensate for their abuse. Like Clara, when faced with a new normal, we adjust. Like Clara, when confronted with the truth of our past actions, we suffer. Like Clara, when provided with the support of our community, we can heal.

You can find copies of The Girl Before on our shelves and via bookpeople.com. 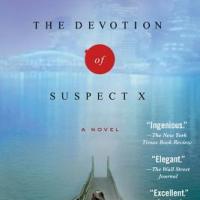