For the month of October, the Hard Word Book Club has chosen a book with a touch of the supernatural, Every Dead Thing. It is the first in John Connolly’s Charlie Parker series. Here you get to see our hero take his first steps toward the abyss.

Parker, a former New York cop, found his wife and daughter murdered in a horrifying fashion. A colleague from New Orleans, tells Charlie about a voodoo woman who helps him on cases. She dreamt of a future victim with similar wounds to Charlie’s family. This puts Parker and his lethal friends, Louis and Angel, on the trail of a a killer referred to as The Travelling Man, leading them through the deep South, putting them up against the mob and more dangerous things.

If you don’t mind going to some dark places, join our discussion. We will be meeting Wednesday, October 26th, at 7PM on BookPeople’s third floor. The books are 10% off in store to those who attend.

If you can’t get enough supernatural thrillers, another of our mystery book clubs, the 7% Solution Book Club, will be discussing Mr. Mercedes, by Stephen King, on Monday, November 7th. 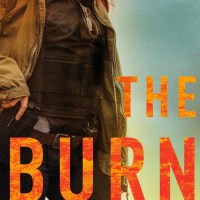