The MysteryPeople Noir Double Feature Series, where we screen a film adaptation of a classic roman noir and discuss the film and book, continues this upcoming Monday, August 8th, at 7 PM on BookPeople’s 3rd floor. The screening is free and open to the public! You can find more information about the film series here.

Ted Lewis’ Jack Returns Home and director Mike Hodges 1971 adaptation, Get Carter,  released two years later, was a one-two punch from across the pond. We thought of British crime fiction as genteel drawing room whoddunits, before. Both book and film paved the way for crime stories in both the country’s medium that rivaled their American counterparts in the seventies for grittiness.

The film veers little from the book’s plot. Jack Carter, the member of a London criminal firm, returns home to bury his brother. His bosses, one whose wife Jack is sleeping with, tell him not to poke around. Of course if he followed orders, it wouldn’t be a hard boiled crime story, so instead he creates a trail of brutality, getting closer to a devastating revelation that leads to more brutality.

The differences between the book and movie are minor, yet create interesting nuances. Hodges decided to make Carter’s home town the seaside Newcastle instead of the nameless northern factory town Lewis used. The dreary greyness and sound of the ocean wind provide a bleak mood even in the day time. It also provides a great set piece for the final showdown. Also, due to the need to compress the story, there is little about the Fletcher Brothers, whom the far more competent Carter works for and is planning to set up. One can’t help but think of the Kray brothers who introduced a new level of violence to the London underworld in the Sixties. The film presents his bosses as faceless men, not that different from buffoonish corporate execs. Either way, Carter operates as his own man.

Get Carter brings Ted Lewis’ book to grungy cool life. Hodges’ documentary style creates a tough, cold tone you’d see in British crime films for the rest of the Seventies and into the Eighties. Michael Cain, in an uncompromising performance and Saville row suit, gives us one of the most iconic anti-heroes. If that isn’t enough, composer Roy Budd designed a cool crime hero theme second only to Shaft.

Adherence to Quality Of Book

Following the film’s release, barmen in Newcastle got sick of being asked for drinks “In a thin glass!” 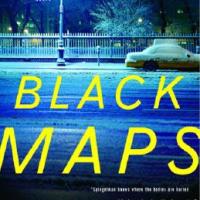