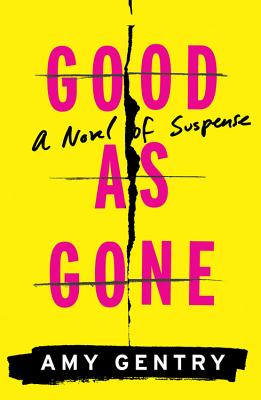 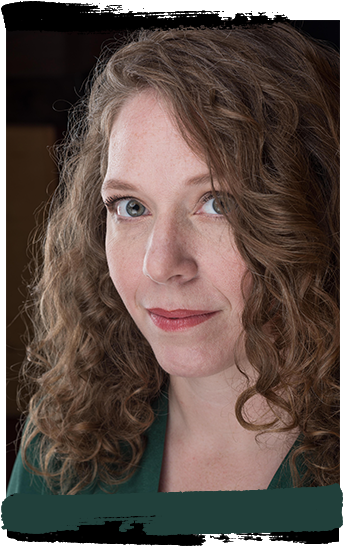 Come by BookPeople Thursday, July 28th, at 7 PM, for Amy Gentry’s official launch of her debut thriller, Good as Gone. Gentry is a journalist, novelist and long-time Austinite. Her debut follows a family as they are reunited with their long-lost daughter, kidnapped at a young age. Happy to have their daughter returned, yet skeptical of her story, they try to form new bonds, heal old wounds and unearth painful truths.

Molly Odintz: Your story, to me, was reminiscent of the story of the changeling – did you set out to play with fairy-tale archetypes?

Amy Gentry: I didn’t set out thinking specifically about fairy tales, although in an early draft I did have a scene of the mom Anna, who is a professor, teaching the Keats’s poem “La Belle Dame Sans Merci,” not fairy tale exactly, but Arthurian legend type stuff. In the poem, a mysterious woman seduces knights and then disappears, leaving them to wander around looking for her for the rest of their lives. Keats is a great source for vanished ladies; I also thought about using “The Eve of St. Agnes.” I took all those scenes out because they were terrible, but they helped me think through some things. Princesses also kept popping up, especially the Frances Hodgson Burnett story The Little Princess, which I’ve always been obsessed with. Princess stories are often lost daughter stories.

MO: I loved the different timelines of the perspectives; the mother’s perspective goes forward, while Julie’s perspective flashes backward. Was it hard to keep the timelines straight? What was your inspiration for your narrative structure?

AG: I only committed to writing the book after I decided on that structure. I was struggling with how to handle Julie (or “Julie”), where you’re not sure who the character is and where she came from, yet parts are written from her point of view. It seemed like an inspiration that you would get to know her as a reader by peeling the layers back one by one and delving into her past. That also strongly resonated with my ideas about trauma, how it re-centers your life around a kind of tear in the narrative fabric, so that while other people move forward, you’re always kind of living backward towards it. To actually execute it, I had to write Julie’s whole story in chronological order, and then dice it up and weave it back through afterward. I couldn’t figure out who she was in the present until I had written every single one of her past scenes.

MO: What kind of research did you do while writing the book?

AG: Depressing research, particularly into missing children and their families. I followed several Facebook groups for missing persons in order to keep a steady stream of news stories and posts in front of my eyes. Any time I spend a sustained amount of time reading articles, I would feel so ghoulish and depressed. These are real people in pain, what’s wrong with me that I’m using them for this frivolous reason? The only thing that got me through it was thinking, my aim is to depict this situation as compassionately and accurately as possible. I was especially interested in depicting the parents as flawed, imperfect human beings who don’t necessarily get stronger through adversity, but instead crumble and turn against each other. We want to believe in strong, heroic, virtuous victims, but so many couples divorce after losing a child. It happens. And I wanted that depiction to feel honest. The most heartbreaking thing I read was a pamphlet on how to conduct your own missing-child search after the police have given up. I cried reading that. And one line I almost lifted verbatim from a news article: Anna’s line about just wanting something to bury. That is a line I saw in an interview with parents of a missing child, and I just recognized a little piece of Anna, by which I mean me, in it. Hope can be a killer. Some people have to stamp it out, just to survive. I found that deeply human, and such a brave thing to say to a reporter. I hope those parents found resolution.

“The most heartbreaking thing I read was a pamphlet on how to conduct your own missing-child search after the police have given up. I cried reading that. And one line I almost lifted verbatim from a news article: Anna’s line about just wanting something to bury.”

MO: I know this is a small thing compared to the whole book, but I wanted to thank you for having a character with a doctorate and who keeps her last name. Your book, to me, seems feminist in ways big and small, and the details of an independent woman’s life and the evidence of her choices shine throughout your narrative. Would you agree? Did you set out to write a feminist thriller?

AG: I definitely set out to write a feminist thriller, so thank you for noticing! I have a doctorate and kept my last name after marriage. So did most of the women I knew in grad school, so it just seemed natural that Anna would. I had a lot of fun with her demanding that everyone call her “Dr.” I find it silly in my own life when people call me “Dr.”, but Anna is so raw and defensive after all she’s been through that she uses her title to bludgeon people she doesn’t like or feels threatened by. Probably I secretly wish I could do that.

MO: You’ve worked in journalism for some of the most respected publications in the country, and have a long career in cultural analysis. How did it feel to approach writing from the other end – not analyzing, but creating? Did writing Good as Gone feel different from your journalistic work?

AG: Journalism was really helpful in developing my sense of an audience. I came out of grad school in 2011 with my dissertation that I’d been sweating blood into for years, and like three people ever read it, only because reading it was literally their job. So when I started freelancing, it was a huge revelation to me: People like to read my things! By choice! I’d always wanted to write novels and had taken several stabs at it over the years, but feeling the existence of an audience was like a light bulb coming on: Writing, even writing fiction, is not some embarrassing, self-indulgent thing I have to hide. It’s essentially communication.

“I’d always wanted to write novels and had taken several stabs at it over the years, but feeling the existence of an audience was like a light bulb coming on: Writing, even writing fiction, is not some embarrassing, self-indulgent thing I have to hide. It’s essentially communication.”

AG: It was tricky at times, and I can only hope I got it right. Early on, the Elizabeth Smart kidnapping provided the kernel of inspiration, and if anything, Smart’s case is even more extraordinary than Julie’s. I had to tone it down, so I tried to balance it with details that wouldn’t seem out of place in a life more like the one I knew growing up in West Houston. There were a few times where I was stuck on logistics and the setting jumped in to help me out–I don’t want to be too specific, but I will say I learned some fascinating things about my hometown I never knew before.

MO: You’ve written on a variety of topics, including film. How does the language of cinema influence your writing?

AG: I’m a naturally visual person, but I’m not conscious of writing cinematically. The exception is the opening scene, the prologue, where you see the actual kidnapping from Jane’s perspective. Because it was such a complicated visual angle (Jane can only see a small part of the hallway from her closet) and I wanted the reader to inhabit Jane’s POV so tightly, I had to draw the hallway and the closet, map out Jane’s visual angle as if she were a camera eye. It was one of the last scenes I wrote, and to me it reads very differently from the rest of the book.

“I think when you really understand your protagonist and you know how she’d react to every single situation that could possibly come up, the plot and character become inseparable. That was my goal for every character, but Anna was most successful.”

MO: I’m sure by now you’ve heard from many folks that your novel is a page-turner, and I’d like to add that I stayed up till four in the morning on a work night reading it all in one burst. How did you balance driving the plot forward and maintaining the tension without sacrificing character development?

AG: Hurray! I’m so happy the pages turn. I’m not sure there were no sacrifices at all (a lot of people have told me they wanted to hear more from Jane, and I agree!), but I think that for me at least, Anna was the real workhorse. Her voice is so distinct that even when she’s moving the plot forward, she’s giving the reader a lot of information about herself and her world. I think when you really understand your protagonist and you know how she’d react to every single situation that could possibly come up, the plot and character become inseparable. That was my goal for every character, but Anna was most successful. I’ll try again with the next book.

Good as Gone comes out tomorrow! You can find copies on our shelves tomorrow or pre-order via bookpeople.com. Come by BookPeople this Thursday, July 28th, at 7 PM, for Amy Gentry’s official book launch! 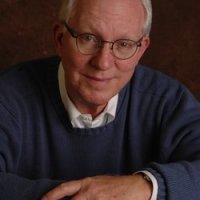 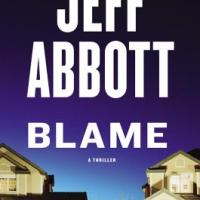 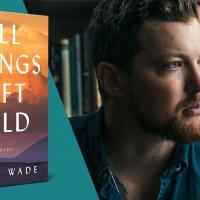 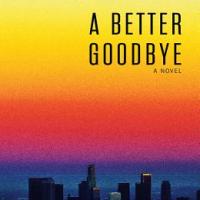