Crime Fiction Coordinator Scott Montgomery gives us the low-down on this year’s Bouchercon, THE mystery convention.

I met Dashiell Hammett’s granddaughter. That will be my takeaway from this year’s Bouchercon. It made sense to meet her at this conference, held in the scarily clean city of Raleigh North Carolina. Organizers seemed to be interested in crime fiction’s past, present, and future.

Ali Karim should get credit for some of the best panels ever put together at a B-con. Reed Farrel Coleman was moderator for The Private Sector, a discussion of the PI genre that became a discussion about reality versus fiction when it came to the audience Q&A. Michael Koryta, a former private investigator, said he knows a writer is doing their work when they get surveillance right. He also suggested to research the job as if you were going into it as a profession. As detailed as it got, J.L. Abramo, author of the Jake Diamond series, put it all in perspective when he said, “Herman Melville wasn’t a whaler.”

Masters Who Influenced The Masters had Mark Coggins discussing with authors Karin Slaughter, Bill Crider, Megan Abbott, and Lawrence Block about the books and authors that had an impact on them. Karin and Megan brought up the importance of true crime to their writing, stating that it related to the day-to-day lives of women at a time when crime fiction rarely did. Mr. Block commented on a question about rereading, saying, “At my age, it’s like reading it for the first time.”

There were several other other strong panels. My buddy Rob Brunet hosted a panel with his fellow Canadians, discussing the country’s identity in the genre and the subjects they need to delve into. Human Nature: Our Fascination with Lawbreakers and Law enforcers in Fiction gave us a great quote from David Housewright, “I don’t believe in evil, I believe in motive.”

Needless to say, my favorite discussion was Detectives Beyond Borders’ Peter Rozovsky interviewing Dashiell Hammett biographer Richard Laymon and the author’s granddaughter, Julie Rivett. It gave me further appreciation of my hero and an understanding of him as a writer who was always honing his craft and experimenting. They talked about how Hammett’s job as a book critic for The Saturday Review honed his style and how Thomas Hardy gave him the idea of using third person personal for The Maltese Falcon. It was also nice to hear Mr. Laymon say that our friend Ace Atkins’ The Devil’s Garden was one of the better uses of Hammett as a fictional character.

It looks like Noir At The Bar has now become a B-con tradition. 414 Common proved to be a perfect site, being right next to the host hotels and providing enough room for crime fiction’s meanest, funniest, and down-right weirdest. Eryk Pruitt assembled a great group of authors including Hilary Davidson, Les Edgerton, and Tom Pitts. Eric Beetner’s reading of a hit gone wrong involving a target full of Viagra had the crowd both laughing and cringing.

Our friends at Seventh Street Books took home a few awards. Allen Eskens’ The Life We Bury won for Best Paperback Original. Lori Rader-Day picked up the Anthony Award for Best New Novel for The Black Hour. I hope they will remember us.

I got a line on a lot of promising books coming out in 2016.One of my favorite authors, Con Lehane, will finally have his first book in almost over a decade out, Murder At The 42nd Street Library; the novel will be the series debut of librarian Ray Ambler. On the indie scene is new talent Danny Gardner with his debut A Negro And An Ofay, out in November from Double Life Press. In the novel, a mulatto ex-cop, kicked out of Chicago’s police department for cracking down on corruption, takes up with gangsters in the Midwest of the early fifties. Josh Stallings was excited about his upcoming heist novel that takes place in the glam rock era, Young Americans.

With over a dozen books in my suitcase and a Big Ed’s country ham breakfast in my belly, I left satisfied. it was great to hang out with some old friends, meet some new ones, and plot with them all. I also met Dashiell Hammett’s granddaughter.

One thought on “Bouchercon 2015: Southern Comfort in Raleigh” 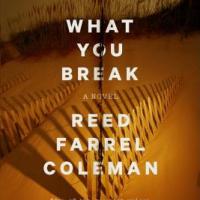