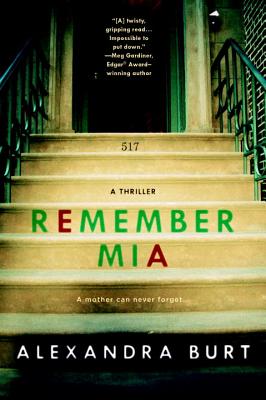 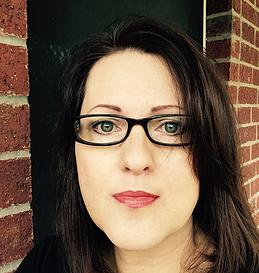 Alexandra Burt’s debut, Remember Mia, is an engaging and well crafted domestic thriller. When a mother is accused of the murder of her missing child, she struggles to find out what happened with the help of a psychiatrist, at times wondering if she could be the culprit. We asked Alexandra about her research and approach to the novel. Alexandra Burt joins us Saturday, July 25th, speaking and signing Remember Mia. The event starts at 4 PM on BookPeople’s 2nd floor.

MysteryPeople Scott: How did the initial idea of Remember Mia come about?

Alexandra Burt: I had a story in the back of my head which didn’t lend itself to a short story and even though I never had any intentions of writing a novel, I eventually signed up for a novel writing class.

I was asked to share the first twenty-five pages of my manuscript; needless to say I hadn’t written anything yet. So I sat down that night and I imagined a woman, ravaged by postpartum depression, being confronted by a psychiatrist working to unravel the ball of yarn that is the disappearance of her infant daughter. A sentence popped into my head: “Tell me about Mia.”

By the end of the class I had written my first draft. Oddly enough those paragraphs never changed as the novel went through revisions and edits and it’s the part I usually share during readings.

MPS: Psychiatry and psychology play an important part in the novel. What kind of research did you do?

AB: I am fascinated by memories; the fact that they never decay, just become harder to access. I did a lot of research about the brain and the formation of memories. I talked to quite a few people who had been in therapy for various reasons. In Remember Mia, I decided to take the story to the highest level of suspense, the ultimate eraser of all memory—amnesia. A mother holds the key to the past but she doesn’t know whether she is responsible, doesn’t know if she’s the victim or the perpetrator. It seemed a premise worth exploring.

MPS: You’re often in Estelle’s head who isn’t always stable. How did you approach writing that?

AB: Unreliable narrators are difficult to write and demand a lot of focus not to ‘slip.’ I imagined the process similar to an actor preparing for a role; I guess one must remain ‘in character.’ Once I ‘tuned’ into my main character(s), I paid attention to the world around me; what people say and do, even actors in movies, and a bell seems to be going off at times reminding me of my own characters. By the time the first draft was done, the character was well established in my head but for a while I ‘lived’ inside the character’s head. It’s a tedious and extensive process that can’t be rushed. I hope to find a formula one day, though.

MPS: You have a very accessible, clean style that moves the eye along, while fully engaging the mind. How important is word choice in your writing?

AB: Being a translator I know word choice is even more important in writing than it is in speaking; you cannot add inflection to words on the page. The force of words is dependent on their precision. I think of it as a lot of right words, a few good ones. And then there are the strong words. Your choice should convey meaning, not obscure it, and evoke a gut feeling. There’s a balance of clarity, evocation, and flow; words shouldn’t overwhelm but draw the reader in. But at the end of the day I don’t pay attention to style like I don’t pay attention to the way I walk. It’s almost as if writers chose to be in this world via their style. I also recognize style changes over time so it’s possible that five years from now I’ll give a different answer to a similar question.

MPS: This being your first novel, did you draw from any influences?

AB: Influences are specific writers I admire as much as reasons why I write the kind of stories I write. I didn’t set out to write crime fiction but the trend emerged. As for any author it might be a matter of life experiences and a certain worldview resulting in a theme we are looking to explore.

I grew up in a small town in the Hesse Highlands. Imagine the settings of Grimm’s fairytales; that was my entire childhood. I’ve always been a gluttonous reader and I compare being fully immersed in a story to following the Pied Piper of Hamlin. As a reader I follow the melody, as a writer I do the seducing, if you will. Both are equally appealing to me; being tossed into a world that’s not my own is what I live for, regardless if I create it or not.

MPS: You reference Alice In Wonderland throughout the book. What pulled you to that story to reference?

AB: Apart from the quotes and references, similarities with Alice in Wonderland, as uncanny as they are, were completely unintentional: There’s a Pool of Tears (just imagine not knowing where your child is), running in circles (Estelle not being able to remember); the crowd hurling pebbles at her (the media judging her). Alice admits to her identity crisis and her inability to remember a poem (amnesia); a cat directs Alice to a house (return to the scene of the crime); a tea party during which Alice becomes tired of being bombarded with riddles (therapy); and Alice argues with the King and Queen of Hearts over the ridiculous proceedings, eventually refusing to hold her tongue (she won’t stop looking for the truth).

References like Alice in Wonderland create an atmosphere the reader can identify with.  The proverbial rabbit hole started it off, no doubt. People say all the time “I’m not going down that rabbit hole with you,” but what if people don’t have a choice? It is definitely Estelle’s state of mind as everybody else’s in the novel; her husband, her psychiatrist, and even the media.

Join us tomorrow, July 25th, at 4 PM on BookPeople’s 2nd floor for a visit from Alexandra Burt, speaking and signing her debut novel, Remember Mia. Copies of Remember Mia are available on our shelves and via bookpeople.com.

One thought on “MysteryPeople Q&A with Alexandra Burt” 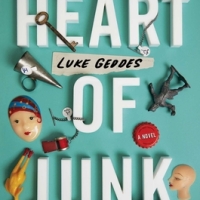 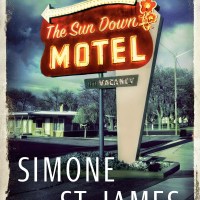