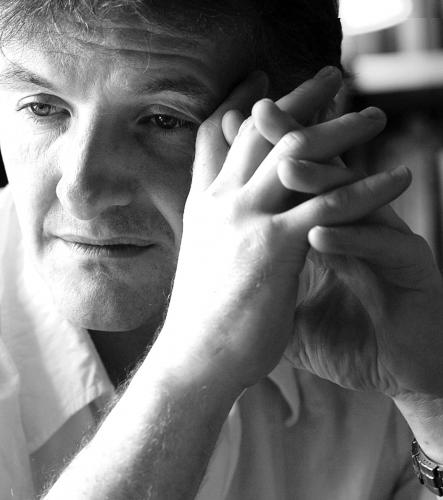 John Connolly comes to BookPeople Tuesday, November 18, at 7 pm, and we’re looking forward to having him back at the store. His latest Charlie Parker novel, The Wolf in Winter, has the Maine PI tracing a missing woman to a town with a dark secret. We talked to John about the book, myth, history, and some of his favorite writers.

MP: A town with secrets seemed perfect for you, since it is an archetype for both detective fiction and horror. What did you want to do with the idea?

JC: I’m not sure I think of ideas in those terms.  It suggests that I’m much more organized than I actually am!  I suppose the starting point was really the Green Man mythos, which is very European in origin, and has ties to folk and pagan beliefs.  (For those not familiar with the Green Man, it’s the name given in Britain to a face formed of leaves and branches that adorns some very old churches, a link between the new Christian religion and a much older mythology.)   Then a lot of stuff encroaches in quite random ways: the proliferation of gated communities, which keep the wealthy separated from the poor, both in the US and, for example, South Africa, where my other half is from, and the mindset that goes with that kind of separation or exclusion. And you’re right: there is a point at which that notion of an enclosed community lashing out against its enemies, perceived or otherwise, offers a point of crossover between the mystery novel and supernatural fiction, and that blurring of the lines has always interested me, especially because the two genres have much more in common than conservative commentators on both sides – but the mystery side in particular – might care to admit.

MP: Several homeless characters play an important part in the book and you depict their lives in an honest way. What did you want to get across to the reader about people who live on the street?

JC: I had no interest in preaching.  No reader wants to hear the sound of the apple crate being drawn up, and the author clearing his throat. But mystery fiction does have an engagement with the real world, and I was conscious that in Portland, Maine – which provides a focal point for many of the books – there was a debate going on about the city’s obligations to its homeless people and whether, by providing them with shelter during winter, the city was in some way encouraging homelessness, which is a very odd way to look at the situation.  The reality in Maine is that if you don’t give the more vulnerable people a place to sleep during winter – even if it’s just a chair in a lobby, as is sometimes the case in Portland – you’ll find them dead on the streets the next morning.  Now there are those who seem relatively content to let that happen – to discourage the others – but I certainly don’t want to live in that kind of society, and nobody I respect wants to either.

MP: This book has some of the best Louis and Angel dialogue in the series. What has made you keep them as supporting characters?

I think they’ve become more important to Parker as the books have proceeded, and therefore their presence is more obvious.  At about the time of The Black Angel Parker was presented with a kind of choice between domesticity and a new family, represented by his girlfriend Rachel and their daughter Sam, and being able to confront wrongs and evils – and to release some of his rage, all of which was represented by Angel and Louis.  The two urges are incompatible, and so he chose the latter, and they came more to the fore as a consequence.

MP: One of the things I admire about Charlie is he seems to have carved out a life with all of the tragedy and darkness around him. What allows him to cope and live?

JC: Ultimately these are novels about hope, particularly the belief that by acting in the service of good, the world can be improved slightly, even if it is at some personal cost.  The Irish writer Edmund Burke once said that “The only thing necessary for the triumph of evil is for good men to do nothing.”  The kind of mystery fiction that I read, and write, examines the implications of that statement.

MP: Like with a lot of your books, The Wolf In Winter, the story is connected to an involved history. Are most of these histories based on something factual?

JC: Well, the Green Man mythos is real and, of course, the idea of people of a particular religious persuasion fleeing to the New World to escape persecution.  But, as with the line between mystery and the supernatural, I find it interesting to blur the distinctions at the edges, so people aren’t entirely sure what is real and what is invented, which I hope adds an additional element of unease to the books.

MP: In Books To Die For you wrote an essay on both Ross MacDonald and Michael Connelly. Is there any traits from those authors’ works you’d like to have in your own?

JC: Well, Macdonald is the great poet of empathy in the genre, and he was also a gothic writer at heart in the sense of his novels being examinations of family histories, so I see his influence in my own novels.  Michael does something very different from me, and I wrote that essay primarily as a fan, although we have a point of connection in that we are both outsiders writing about an adopted place – his is Los Angeles, mine is Maine.  I just think The Black Echo may be one of the finest first novels in the genre. He was brilliant from the start.

John Connolly will speak and sign his new book Tuesday, November 18th, at 7 pm, on BookPeople’s second floor. You can find copies of The Wolf in Winter on our shelves and via bookpeople.com. Can’t make it to the event? Pre-order a copy to be signed and we’ll get it signed for you! 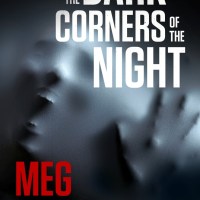