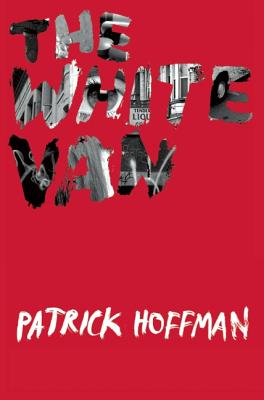 The White Van, Patrick Hoffman‘s debut novel, is hard to define in subgenre. It shares the pace and plotting skill of a Jeff Abbott or Meg Gardiner thiller, but has a grittier style. Both heroes and villains in Hoffman’s masterful work would feel comfortable in the worlds of James Crumley or Andrew Vachss. One thing is certain, this is one effective book.

In the first chapter we’re introduced to Emily, a somewhat functioning drug user in San Fransisco. Her addiction leads her to follow a man to his hotel for a hit. The drug she takes knocks her out. When she awakes, others are in the room.

We feel Hoffman’s skill immediately, through a series of lucid moments Emily has between black outs. Hoffman keeps us in suspense; we are as off balance as the character. Her captors attempt to manipulate Emily into partaking in an identity theft scheme in return for a cut.  It’s too late when she learns it is a bank robbery and she’s been framed to be the suspect. With money in her hand,having come to her senses, Emily takes off.

We then meet Leo, a cop with more than questionable ethics. After his behavior gets him and his partner into a jam that only a lot of cash can solve, he hears of the robbery and Emily’s description. Now she has the honest cops, the outlaws, and the corrupt cops all after her.

Hoffman could have titled the book ‘desperation.’ Every character is in over their head. When we learn the circumstances of the people who set up Emily, we even feel for them a little. If the definition of ‘noir’ is one bad decision leading to a series of other decisions that are even worse, then The White Van is the epitome of noir. For Hoffman, a fast pace isn’t a goal for turning pages but a way to immerse us in the relentless situation his characters are in.

Like the rest of the novel, the ending has a unique feel. We take inventory of the people we’ve gotten to know through their trying and violent time. We are not sure if we have changed our minds about them, but we feel a deeper connection. Like Elmore Leonard, we have gotten to know Patrick Hoffman’s shady characters. Through these people we get the chance to see a shadow San Fransisco; one which rubs up against the work-a-day one. Will Patrick Hoffman’s next novel take the same approach on an international level? Wherever he wants to take the reader, I’m ready to go.

Copies of The White Van are available on BookPeople’s shelves and via bookpeople.com.

One thought on “MysteryPeople Review: THE WHITE VAN, by Patrick Hoffman”