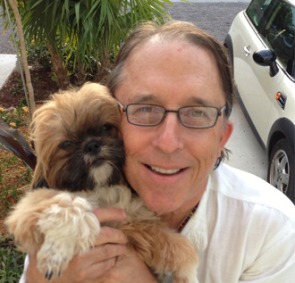 New Pulp, one of our favorite publishers, and source of such modern classics as Hard Bite and Frank Sinatra In A Blender will soon have a new operator. NewPulp author Jonathan Woods has bought the publisher and will be running it with Shirrel Rhoades. We caught up with Jonathan to ask him about his plans for the imprint.

MP: What possessed you to be a partner in New Pulp?

JW: The devil made me do it.

Seriously, Jon Bassoff did a wonderful thing in creating and nurturing New Pulp Press for eight years into a prize-winning, genre bending small press. But he wanted to focus more on his writing. Plus he has a full-time day job as a teacher. So the opportunity was there. Being a student of the literary life, I’ve read about some of the great small presses. The Olympia Press in Paris that published Lolita, Tropic of Cancer, Donleavy’s The Ginger Man and one of the great noir novels, Alexander Trocchi’s Young Adam. The Hogarth Press founded by Leonard and Virginia Woolf. And the original Black Lizard Books from Creative Arts Book Company in Berkeley, founded by the inimitable Barry Gifford. So I thought, why not! Something to keep me out of the bars at night.

MP: Where do you hope to take the imprint?

JW: I want to continue to publish fine and edgy crime fiction by writers new and old. Names you may have heard of and new voices. We’re already working hard on the list for 2015 and we’ve got some great books in the line up.

Thriller Award-winning and Edgar-nominated short story writer Tim L. Williams has given us a book of creepy noir tales called Skull Fragments set in the quiet towns and haunted back roads of the coal mining country of western Kentucky.

Lynn Kostoff, author of the noir classics A Choice of Nightmares and Late Rain, has provided another dark and sinister tale. This one, entitled Words to Die For, involves a fixer for a public relations company who sells his soul to protect his clients.

A new writer publishing under the pseudonym Rowdy Yates (and who is an editor at Bull) brings us a tale of gangsters on a quest, called Bring Me the Head of Yorkie Goodman.

Mark Rapacz (author of numerous short stories and the novel City Kaiju) has penned a tale of murder and mayhem, with the tentative title of The Foreigners (or Waeguk in Korean), about American expats and Korean gangsters up to no good in beautiful downtown Seoul, South Korea.

This is just the beginning.

MP: Can you tell us about your partner in the endeavor, Shirrel Rhoades?

JW: Shirrel has had a long and varied career in publishing including a stint as Fiction Editor for the Saturday Evening Post and EVP and Publisher of Marvel Comics. A year or so ago he started an ebook publishing venture based in Key West, Florida called Absolutely Amazing eBooks. AAeB publishes a broad spectrum of books, from mysteries to pulp classics to adventure and science fiction. Shirrel brings to the table marketing and technical know-how that I don’t have. I will be responsible for the editorial side of New Pulp Press and for building and maintaining relationships with authors, bookstores and reviewers.

MP: Will you still be writing for the imprint as well?

JW: New Pulp Press has been good to me, publishing my three books: the award-winning Bad Juju & Other Tales of Madness and Mayhem, my police procedural A Death in Mexico, which you, Scott, were kind enough to name one of the five best debut crime novels of 2012 and which Booklist recently compared to Orson Welles’ A Touch of Evil, and my new collection of noir tales, Phone Call from Hell. So, yes, I m going to remain with New Pulp Press. When you’re on a roll…

MP: How will Jon Bassoff still be involved?

JW: Jon is absolutely committed to this transition being seamless and a perfect ten. For a year after the turnover he will continue to be associated with New Pulp in an advisory role as Editor Emeritus. I’m lucky to have his wealth of experience to call on when I get in a tight spot.

MP: What do you think will be the most fun about running your own publishing company?

JW: Cutting the first movie deal for one of our books. 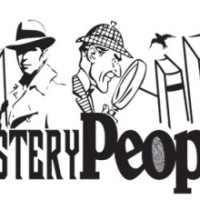