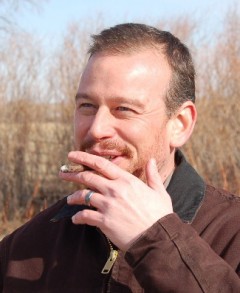 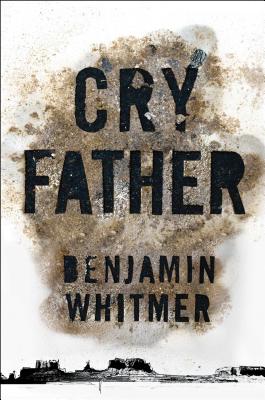 Today is the release of our MysteryPeople Pick Of The Month, Cry
Father. It’s Benjamin Whitmer’s follow up to his brilliant debut, Pike,
and will definitely be be seen on my year end top ten list as well as
many others. It deals with Patterson Wells, a tree cutter in disaster
areas whose grief over his dead son leads him into violent
circumstances. It is a brutal and beautiful book. Ben was kind enough
to take some questions from me on it.
MP: Pike and Cry Father seem like two twins raised differently, you see
the shared DNA, yet they both successfully achieve different things.
What do you see the main difference being?

BW: Well, Cry Father was written right on top of Pike, so it made sense
that a lot of the things I was thinking through got carried over. The
first draft was actually finished in 2010, it just took a long time to
get it published. If Adam Wilson at Gallery Books hadn’t seen
something in it (and, for that matter, if Sophie Littlefield hadn’t
suggested I send it to him) it probably wouldn’t even be published in
English. I’d pretty much decided to skip America and go straight to
France when Adam called my agent.

To me, the main difference is that Cry Father seems more open. I was
less scared to hit on the themes I was interested in. I don’t know if
they came through, but I hope so. In Pike I was more just trying to
establish a kind of tone — I’m new at this book-writing thing, and
still trying to figure out what I’m doing — and in Cry Father I felt
like I had a little more room to move.

MP: Patterson’s job as a tree cutter is both unique and a perfect
metaphor for what he’s going through. How did you choose that
profession for him?

BW: That was actually a gift given to me by one of my oldest friends,
Lucas Bogan. He’s the real deal and actually does what Patterson does.
(I should note that the similarities end right there: Patterson’s
faults are all his own.) Like you said, it seemed like the perfect job
for Patterson. And for me, I like characters who are grounded in the
work they do. It seems to me that a lot of novels skirt work. I’ve
always had a day-job and hated them all, but they consume the greatest
part of your waking hours whether or not you like it.

MP: The idea of fatherhood comes up in many forms. What did you want to
explore about it?

BW: Fatherhood’s probably never gonna be far from anything I write. I’m a
single father with two kids, and my relationship with them is the most
important thing in my life. But it’s a constant game of
second-guessing, doubt and guilt, as you understand all the things
you’ve done wrong. Not to mention all the things that you can’t
protect them from or do for them. It’s a fairly brutal crash course in
understanding how inadequate you are. Likewise, as a father with a
male child, I’m always thinking about the constructions of masculinity
that get passed down from father to son. That was a lot of what I was
trying to think through. As you can probably tell, though, I’m better
at negative examples than positive ones.

MP: There is always a lot of talk about the violence in your books, but
you use very little dramatic embellishment on it. How do you try to
treat it when writing?

BW: I think violence can reveal character just as surely as sex, love,
parenthood, or anything else. I try to write violence in a way that
people feel it. I don’t know if I succeed, but I don’t want anyone to
skim a violent scene. I want it to be ugly and heartsick. And in the
same way, to show that it’s attractive, too. It’s a balancing act. I’m
never gonna write it the way everybody wants it written, because it’s
such a touchy subject for people. But the attraction and repulsion has
to be there, I feel.

We’re more conflicted about violence than anything in this country.
Even sex. We’ll expel a kid from school for a fistfight, but there
hasn’t been a single year in my lifetime where we haven’t been bombing
the hell out of somebody and gloating about it. And we won’t even get
into what we’ll put up with from our police, like in Ferguson. I’m not
a pacifist, but the separation between what we tell ourselves we
believe and how we actually behave is so wide that I wonder that
folks’ heads don’t just start exploding from the cognitive dissonance
of it all.

MP: Many of the characters in Cry Father talk about freedom. Do you
think that’s what they are really looking for or is it something else?

BW: I think it’s a question they’re asking themselves. It’s a question I’m
always thinking about, anyways. I believe in freedom, the real
tangible kind. And I’d argue that we have less of it, in the real
tangible sense, than any of us would like to think. Most of freedom in
this country is just talk, and that disturbs me. When you’ve got more
people in prison than any other country in the world and every move
you make is legislated, I don’t know how the hell you can talk about
freedom with a straight face. I know that’s not a real popular
opinion, and we’re supposed to believe freedom is some kind of
metaphysical quality that we receive by virtue of being able to vote
once every four years, but I have trouble buying that.

Still I’ve also been around long enough to see how people get
destroyed by freedom. And I’ve come close myself at points in my life.
So I don’t know. For me freedom is a question, not an answer. I think
my characters are as lost in the question as I am. I think a lot of
people are right now.

MP: Can you tell us what your next book is and please promise it won’t
take four years before we get to read it?

BW: I have two in mind, actually. One is a jailbreak novel which I’m
really enjoying. I can’t promise it won’t take four years to get it
published, but I can say that it’s about half done and I should be
finished within the next year. I’m also working on a proposal for a
non-fiction book about one of my best friends, Paul Schenck, who was
killed by the police after a shootout last year. I’m not sure anybody
will want it – or either one of them, I guess – but I’m hoping so.

You can find Cry Father on our shelves now and via bookpeople.com. 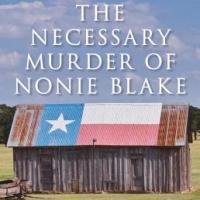