Post by Molly
This month in international crime fiction, we travel to the rain-soaked streets of Edinburgh in the 1970s. Europa Editions, through their World Noir imprint, has brought Laidlaw, the first of William McIlvanney’s Laidlaw Investigations across the water for their debut on American soil. McIlvanney is considered the father of “Tartan Noir,” which, admittedly, describes a wide variety of Scottish detective novelists whose main commonality seems to be their country of origin rather than any unified style. Still, before McIlvanney began writing his trilogy of novels starring DI Laidlaw and DC Harkness in the mid-1970s, crime fiction was virtually nonexistent in the highlands or the lowlands, and most detective novelists in Scotland today, including Ian Rankin, Val McDermid, and Denise Mina, have been strongly influenced by these early works.

In McIlvanney’s first novel, simply titled Laidlaw, a young woman has been brutally murdered. DI Laidlaw, a detective of unusual methods and dour visage, must go in search of a killer. To complicate matters, the girl’s father is also searching for his daughter’s murderer. If Detective Laidlaw finds him first, he has the hope of a fair trial and a life in prison. If the girl’s father finds him first, his brief and tortured existence will come to a sudden end.  To complicate the matter, the father has strong connections to the local mafia, some of whom take a moral stand against sex crimes despite numerous other criminal activities and are willing to give as much aid as necessary to make the father’s revenge complete.

McIlvanney has written in many genres and mediums during his lifetime, including poetry and screenwriting. He has an innate understanding of how to use the framework of a murder to draw attention to wider divisions and dysfunctions in society. Laidlaw uses each point in the narrative as a chance to reflect on the wider implications, and McIlvanney deliberately structures his narrative to allow for these moments of reflection. Laidlaw, despite a length of around 250 pages, manages to delve into homophobia, class conflict, drug addiction, religious divisions, and terrible weather, and each pause for thought is more beautifully written than the last. In particular, McIlvanney creates DI Laidlaw – intuitive, working class, and voice of humanistic tolerance – and then writes DC Harkness – college educated, young and handsome, bigoted and superior – as the perfect foil. Their debates contain many of the divisions of Scottish society that still exist today.

Much of what comes to mind when we think about Scotland – rain, lack of humor, depressed introspection – lend themselves particularly well to the noir genre. While reading Laidlaw, I got the sense that noir coming to Scotland was noir coming home. Europa Editions, as they continue to release McIlvanney’s novels, do a great service to the American reading public, and I, personally, cannot wait to read the next one.

If you liked this, check out:

Laidlaw, by William McIlvanney, is available on our shelves and via bookpeople.com. Molly blogs on international crime fiction every third Thursday of the month. Her last post took a look at Adrian McKinty’s Troubles Trilogy. Look for her next post on September 19. 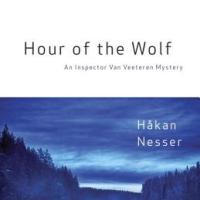