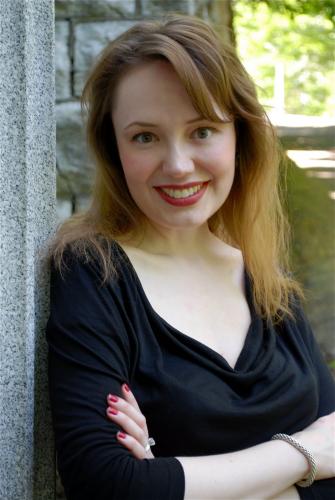 One of my favorite ideas about writing actually comes from Ansel Adams, one of the great photographers of the twentieth century. Famous for his breathtaking shots of majestic national parks, he was remarkably straightforward about his process. “A good photograph is knowing where to stand,” he said. It’s a concept that applies just as well to writing fiction.

There is nothing I love more than getting inside a character’s head while I write. Figuring out which narrative perspective to use to tell the story is the author’s way of finding where to stand. It’s how you ground yourself in the book. If you’re not on solid ground, it’s all too easy for the thread of the narrative to slip out of control.

My first three novels are told in the first person from the point of view of one character, which made sense because those books were as much about her evolution as they were about the plots. But my latest novel, Blood Always Tells, is a completely different case. I knew from the start it was a much more complicated story, and there was no way to tell it from one character’s point of view. Instead, the book allowed me to get inside the head of three characters: Dominique Monaghan, a former model looking for revenge on her cheating lover; Desmond Edgars, an ex-military man determined to come to his sister’s rescue; and a third character (whom I’ll leave nameless to prevent spoilers), who is one of the villains of the story. Why these three characters? In their respective sections of the book, they’re the people with the most to gain and the most to lose.

Dominique, at the start of the book, is hell-bent on vengeance, so much so that she’s willing to spike her errant lover’s drink to get him into serious trouble. She’s aware what she’s doing is wrong, and she hears her late grandmother’s voice, over and over, chiding her for her actions. When her plan goes horribly wrong, she’s both stunned and guilty. She knew it was a terrible idea from the start, but she went ahead with it anyway. Later, she’s given an awful choice to make: she can go free if she sacrifices another person. The decision she makes sets in motion a series of events with far-ranging consequences.

Desmond is trying his best to best to be an upstanding citizen: he’s retired from the Army after twenty years of service, and he’s got his hands full with his day job as a pilot and the volunteer work he’s committed to. But a call from his sister, Dominique, in desperate need of help, pulls him off that path. As a kid, Desmond wasn’t such a straight arrow, and his rusty skills for picking locks and breaking into places start to come in handy as he searches for the truth about his sister. He’s acutely aware of doing wrong, but he believes his ends justify his means. The irony is that his attitude is mirrored by the criminal in the third act of the book, whose many awful actions are motivated by a desperate desire to protect another person.

All of my characters are flawed in some way. I don’t like perfect people on the page; they always seem like caricatures rather than characters. What’s tricky for me is that my villains are motivated by the same impulses that drive my protagonists. In that way, they’re like a shadow side of my “good” characters. I like to push my characters to see how far they’ll go to get what they want or need. There’s a powerful tension in watching a character who’s good at heart cross a moral line they know they shouldn’t. How far over can they go before they lose their moral compass?

For my protagonists, doing what’s right is a struggle between head and heart. They experience the same dark impulses that the antagonists do, but they fight them. The villains, on the other hand, might well experience guilt over their actions. It’s not that they don’t know the difference between right and wrong. It’s that there’s no end to the cruelty they’re capable of to achieve their ends.

One thought on “KNOWING WHERE TO STAND: Guest Post by Hilary Davidson”