Authors both famed and obscure, all writing at the top of their game, have invented a rogue gallery of monsters in Impossible Monsters, a new collection of short work. Each creature proves as unique as its creator.

Editor Kasey Lansdale (appearing here with her dad, Joe Lansdale, Thursday, September 12) knows how to kick it off by giving us a tale from balls-to-the-wall writer David J. Schow in which two border patrol officers in “Blue Amber” deal with a different kind of alien. The story is full of action and gross out moments. However, this works due to the way Schow has gotten us to know and care for these people in a short span of time.

We then go old school horror with Neil Gaiman’s “Click-Clack The Rattlebag”, a story that could soon be considered a classic. Skillfully crafted, it delivers a tone of dread, then builds on it with the knowledge that something horrible will happen, but with no exact idea what it will be. When it does come, you’re shocked.

The stories range in moods and styles. Anne Perry provides a classic Gothic tale set in the 1800s. Charlaine Harris gives us a fun werewolf romp with a dark comic twist. Both show a thin line between monsters and humans.

Many of the monsters are rooted in reality. Chet William’s “Detrius” plays on a common phobia and drives it to cringe worthy heights with an ironic laugh at the end. Tim Bryant’s “Doll’s Eyes” takes its cue from the plant world with creepy results. Bradley Denton uses disease for a moody family tale, “Blood Moccasins”. Selina Rose’s “Nathan” is a creature that may or may not exist in a poor soul’s psychology.

We also get two stories within stories. Al Sarrantonio crosses the private eye genre with a cabin in the woods yarn, “Orange Lake”. Joe Lansdale finishes off the collection with “The Case Of The Angry Traveller”, featuring  his supernormal investigator Dana Roberts, The story is pure pulp pleasure.

Also included are a weird Texas tale by Neal Barrett, Jr. and a story with a Lovecraftian touch by Cody Goodfellow. All this is a great way to read some of you favorites while getting introduced to some names you might not know. Not one story even approaches cliche and yet they all play to the age old concept of how scary that thing that bumps around in the dark can be.
____________________________________________

Editor Kasey Lansdale will sign copies of Impossible Monsters here at BookPeople Thursday, September 12 at 7pm. She’ll also perform a few songs for us. Her dad, Joe Lansdale, will be on hand with his new novel, The Thicket. 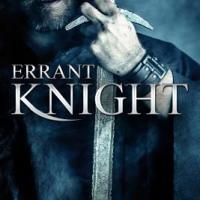