We’re starting up our History Of Mystery series again on Sunday, August 4th. In this monthly meeting, we look at an author who had a major impact on crime fiction. Our next author had a major influence on anybody who wrote a private eye novel after him: Robert B. Parker. His book Early Autumn is a favorite among his fans, especially other authors like Ace Atkins, who will be calling in for the discussion.

Called “The Dean Of American Crime Fiction”, Robert B. Parker earned a PhD in English from Boston University. His dissertation was on Hammett, Chandler, and Ross MacDonald. In 1971 he introduced us to his detective Spenser in The Godwulf Manuscript, reshaping the tough guy hero for the modern era. He perfected the homicidal sidekick in Hawk. In Early Autumn, he looks at what it means to be a man as Spenser helps a teenage boy find his place in the world.

Ace Atkins’ Quinn Colson series owes a huge debt to the Spenser books. His talent and his regard for Parker lead Parker’s widow, Joan, to ask Atkins to continue the Spenser series after her husband passed away.

The group meets at 6PM on Sunday, August 4th. You’ll find us up on BookPeople’s third floor. The discussion is free and open to the public. Copies of Early Autumn are 10% off to those who attend.

2 thoughts on “History of Mystery is Back with Robert B. Parker & Ace Atkins” 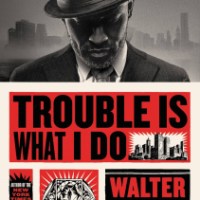