Here’s your weekly dose of new releases. Get em’ while they’re hot!

The Hit by David Baldacci

Will Robie is a master of killing. A highly skilled assassin, Robie is the man the U.S. government calls on to eliminate the worst of the worst-enemies of the state, monsters committed to harming untold numbers of innocent victims. No one else can match Robie’s talents as a hitman…no one, except Jessica Reel. A fellow assassin, equally professional and dangerous, Reel is every bit as lethal as Robie. And now, she’s gone rogue, turning her gun sights on other members of their agency. To stop one of their own, the government looks again to Will Robie. His mission: bring in Reel, dead or alive. Only a killer can catch another killer, they tell him. But as Robie pursues Reel, he quickly finds that there is more to her betrayal than meets the eye. Her attacks on the agency conceal a larger threat, a threat that could send shockwaves through the U.S. government and around the world.
.

A Globe and Mail bestseller in its first week, the thirteenth in Gail Bowen’s beloved Joanne Kilbourn mystery series is the best of them all: very bad things happen very close to home, and Joanne may never be quite the same again.

“Security for any one of us lies in greater abundance for all of us.” For many years, this was the core of Joanne’s political beliefs, but for a number of reasons, she has drifted away from it. But soon after she retires from her university teaching post, Joanne is forced to experience its truth. Two groups — developers with a vision for a revitalized neighbourhood on one side, protestors who fear gentrification will further marginalize their community on the other — are close to war and Joanne and Zack have loved ones on both sides. One night their house is blown up, and that is only the first of several terrible incidents that force Joanne to consider what it means to live in a world where she can count on nothing.

This contemporary coming-of-age story centers upon Maya Vidal, a remarkable teenager abandoned by her parents. Maya grew up in a rambling old house in Berkeley with her grandmother Nini, whose formidable strength helped her build a new life after emigrating from Chile in 1973 with a young son, and her grandfather Popo, a gentle African-American astronomer. When Popo dies, Maya goes off the rails. Along with a circle of girlfriends known as “the vampires,” she turns to drugs, alcohol, and petty crime–a downward spiral that eventually leads to Las Vegas and a dangerous underworld, with Maya caught between warring forces: a gang of assassins, the police, the FBI, and Interpol. Her one chance for survival is Nini, who helps her escape to a remote island off the coast of Chile. In the care of her grandmother’s old friend, Manuel Arias, and surrounded by strange new acquaintances, Maya begins to record her story in her notebook, as she tries to make sense of her past and unravel the mysteries of her family and her own life. 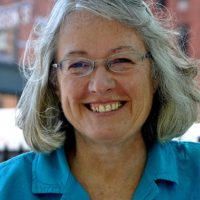