Dance Hall of the Dead by Tony Hillerman

We are starting up our History of Mystery Class again for 2013. Each class we look at American authors who made an impact on crime fiction. This year we’ll mainly be focusing on the Seventies, one of the most revolutionary decades in the genre. March 3rd, we’ll be looking at one of it’s most underrated authors in terms of influence, Tony Hillerman and his novel Dance Hall Of The Dead.

Hillerman used his extensive knowledge of the Navajo tribe to create a series featuring tribal officer Joe Leaphorn. In doing so, not only did he create a subgenre of American Indian mysteries, he helped introduce the idea of using the mystery novel to look at a specific culture. In Dance Hall Of The Dead, he focuses on the conflict the Navajo have with the Zuni tribe.

The class and discussion will start at 6PM, Sunday March 3rd, on the third floor of BookPeople. Margaret Coel, author of the Wind River mystery series, and friend of Tony Hillerman, will call in to join our discussion. The class is free and copies of Dance Hall Of The Dead are 10% off to those who attend. 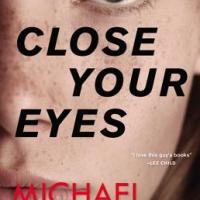