Peter Farris has gained much attention with his debut Last Call For The Living, a gritty crime drama that incorporates his Georgia background. He’s already been recognized as a noteworthy member of the rural noir movement that includes the likes of Daniel Woodrell and Frank Bill. We’re pleased to have him join us at Opal Divine’s on June 7th, 7pm for Noir At The Bar. If you like Peter’s work, he was kind enough to suggest five other Southern set crime novels you might also enjoy.

The Night of the Hunter by Davis Grubb

Although set along the Ohio River, it might as well have been the Mississippi in Grubb’s riveting rural suspense novel. The Night of the Hunter is beautifully written, surprisingly dark even by today’s standards, and features one of my favorite criminal sociopaths in “Preacher” Harry Powell. In fact, I’d argue Powell is one of the most artfully drawn (and dastardly and manipulative) antagonists in all of crime-suspense fiction—even if you can’t help but hear Robert Mitchum’s voice in every line of dialogue.

In the Electric Mist with Confederate Dead by James Lee Burke

My favorite of the Dave Robicheaux novels, and might just take the award for most mystical crime novel ever written. But one of the reasons I love Burke’s writing is for his descriptive powers, his sense of place, and nowhere in fiction (except for Woodrell’s St. Bruno) is the Louisiana bayou more alive and alluring than in Electric Mist. There is not a page in my worn paperback copy that doesn’t have a highlighted passage.

Crooked Letter works on so many levels: a crime novel at its core, a coming-of-age story full of estrangement and tragedy that could appeal to a mass audience, and a commentary on the lies and misunderstandings that can haunt a life spent in the “country”…all written by a guy firmly rooted in the southern literary tradition. Nobody has captured race relations and rural decay in the 21st Century South quite like Franklin has with this novel, the fringe existence of folks in his Mississippi no different from what you might find in Georgia, South Carolina or Alabama and no less depressing. Crooked Letter, Crooked Letter has heart and soul, an authenticity you can’t teach, and that magic that the finest storytellers are able to perform.

Muscle for the Wing by Daniel Woodrell

My favorite of the “St. Bruno” novels and a work that reinforced my enthusiasm for southern noir. Muscle for the Wing is inventive to the point of intimidation, and so sophisticated, so loaded with attitude, it left me jealous after every goddamn sentence. And as rich and complicated as Detective Rene Shade is, it’s outlaw Emil Jadick that steals the show in my humble opinion. Let’s put it this way: if they made posters for crime fiction characters like they did for professional athletes, I’d have one of Jadick on my wall. (Muscle for the Wing can be found in the compilation The Bayou Trilogy.)

Centered around the kidnapping and rape of a young girl, Sanctuary could probably be considered a horror novel as much as a potboiler. And speaking of criminal psychopaths, I’d argue Faulkner’s “Popeye” is as monstrous as any character in southern fiction. But it’s the tragedy (and corruption) of Temple Drake that to this day chills me bone deep. That tragic element excites me the most about crime fiction— the notion that characters good and bad can be transformed so drastically over the arc of a story—and the reason Sanctuary has made such an indelible impression on me. 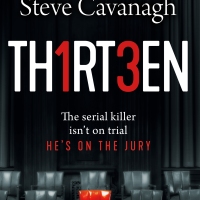 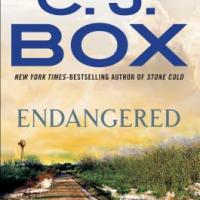 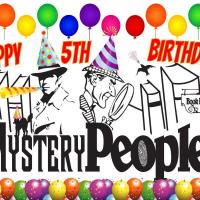